This weekend I had some fun making my own Easter eggs! Well, with a little help from a kit I was sent from Lakeland. They kindly sent me a few products to try out, including their chocolate spoon mould, a melting pot, Easter egg moulds, and Home Cook Belgian cooking chocolate. I’ve never used chocolate to make my own little treats before so I was looking forward to giving these a go! 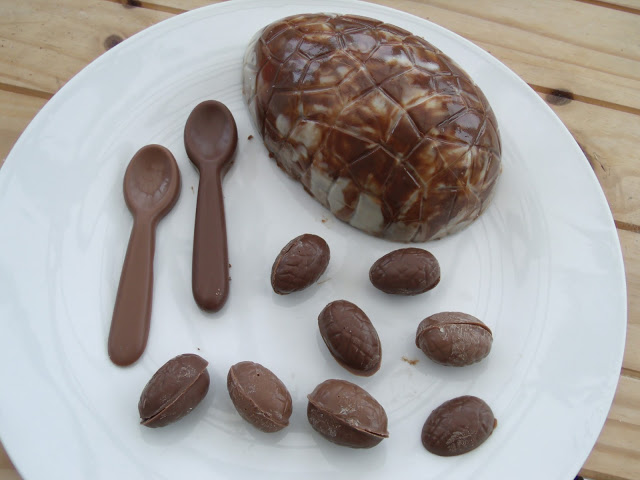 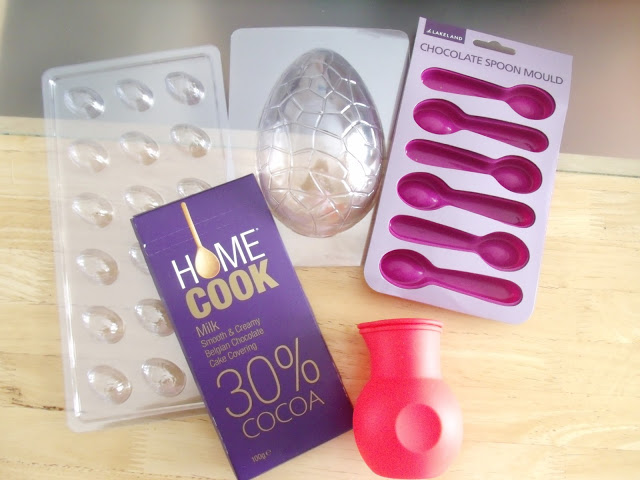 The chocolate melting pot is amazingly simple to use. The reason I’ve never really tried making chocolate using melted choc pieces is because I don’t like the idea of heating it up over a boiling pan. It means getting a big bowl all dirty, and it’s difficult to manage the temperature and it can take a while to heat up and then it can burn easily. This little silicone pot is so easy and tidy to use, and it’s super squishy so you can squeeze it to check if the chocolate is fully melted. You can then easily pour it out without using a spoon and making a mess! It’s also a kitchen essential if you’re a chocoholic, and it’s only £2.99. 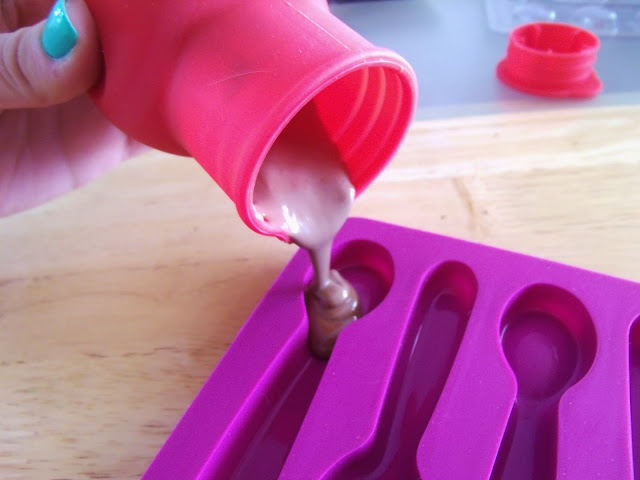 The moulds I tried out included the spoon shaped mould and the Easter egg moulds. The chocolate spoons mould lets you make up to 6 little teaspoons at a time. The silicone mould is non stick which makes it very easy to remove the chocolate once it’s cooled. I also love how glossy the chocolate looks after using this mould! These spoons are perfect to serve with dessert or fun for kids. Again these are reasonably priced at only £2.99 for the brightly coloured mould. 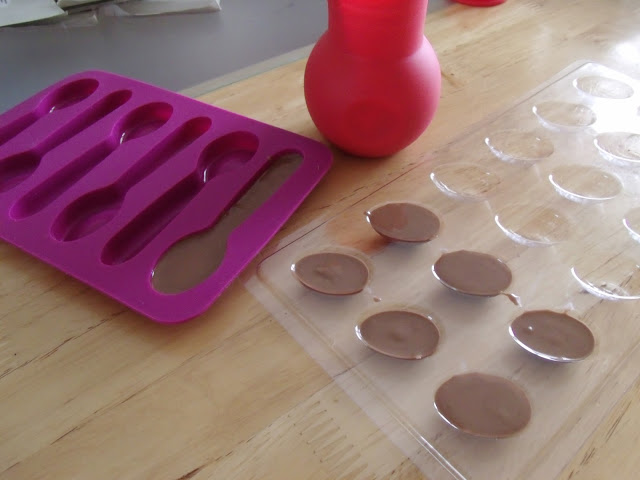 The Easter egg mould set includes 4 big egg pieces, enough to make 2 Easter eggs at a time, along with 36 mini eggs. This is where i had most fun, as I decided to use both white and milk chocolate for my large Easter egg to make it a bit more interesting! I melted my chocolate and then swirled it around the mould in a messy way, and then did the same again for the alternate chocolate. I then left them in the fridge to cool, and then coated them with another layer of melted chocolate. The toughest bit was removing the eggs from the plastic moulds without breaking them! Unfortunately all of mine broke a little bit, but I think this could be because I didn’t make my chocolate layers thick enough! I was running out of chocolate fast after I kept eating it all… 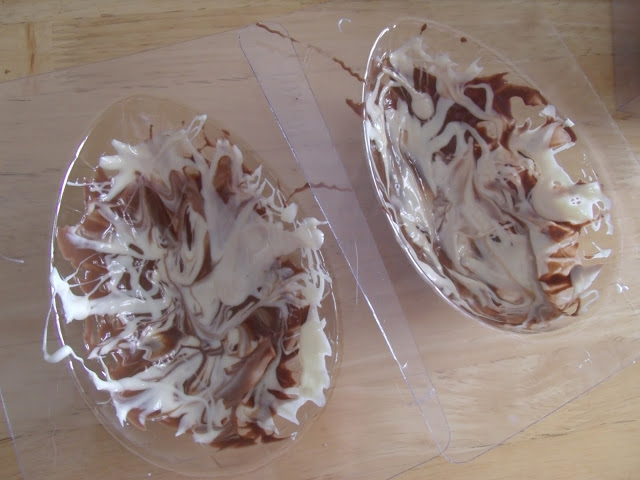 So this is the final outcome of my homemade Easter treats… 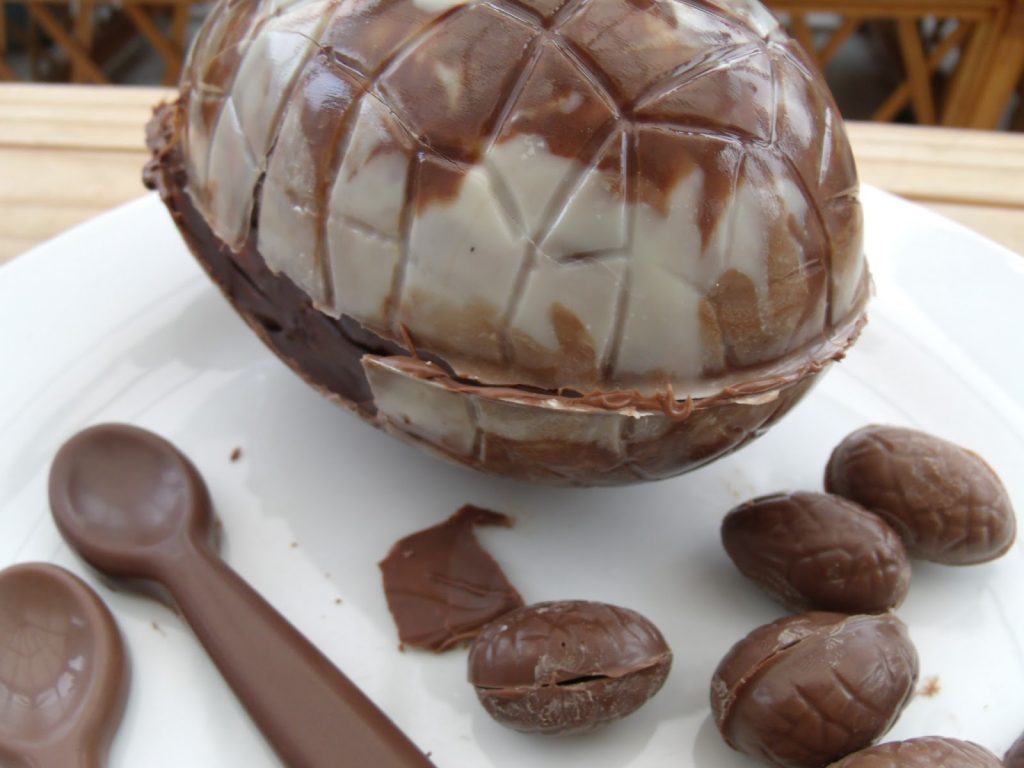 I used a little bit more melted chocolate to stick my two Easter egg halves together, and the same for the mini eggs. I really like how my milk/white chocolate egg came out! Even if i cracked it a little, I think the coloured mix looks really good.
Also on this note, Lakeland has now opened up in my local town of Milton Keynes, and I am so happy! There’s not another one near me, so I’m so pleased that one of my favourite shops is now so near to me! They sell lots of stock which I use for cake making, so yay!
What do you think of my chocolate eggs?