So, after almost 26 years I was kind of ashamed to say that I had never been to a hairdressers. Some people are amazed by this because surely everyone has had their hair cut! And yes, I have had my hair cut. When I was little my Mum’s hairdresser friend would cut it for me in our kitchen, and then when I was at uni I had it done at a local college a couple of times, but I’d never been to a real hairdressers! 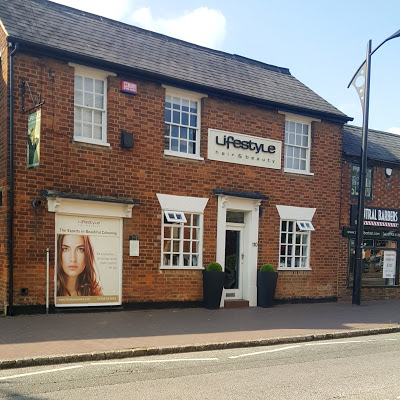 I am not very experimental with my hair, so I tended to always just trim it a little bit myself, maybe attempt to cut in a fringe and use box home hair dyes to change it from brown to ginger to blonde every so often. I like my hair long and I’ve never had any need to think about getting the style changed, so this style has just stuck!
But after all these years I thought it’s about time I had a little bit of a change. Perhaps I am having a little mid-life crisis (hence the tattoos!) but mostly I just felt like trying something new and reinventing myself a tiny bit. I didn’t want a major makeover, just something subtle for summer, so I decided I fancied a bit of balayage/ombre and a little trim.. this time by a professional! 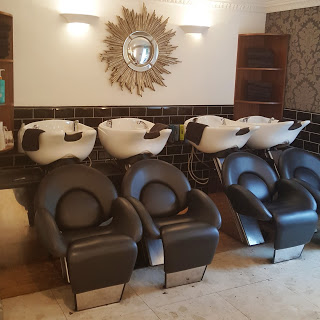 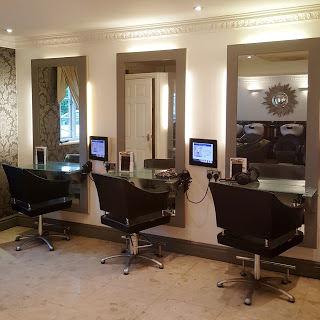 I’m a Milton Keynes blogger, so I decided to go with Lifestyle Salons in Newport Pagnell, Milton Keynes, who also have a salon in Aylesbury. I thought this would be ideal for me because it’s close to where I work and it’s open evenings and Saturdays so getting a convenient appointment was easy! Upon arrival I was greeted by really friendly staff and was offered a drink and made to feel really comfortable, which was good because I was pretty nervous! The salon was bigger than I had imagined and was designed really well with contemporary decor.
First off I had a brief consultation with a lovely lady called Carla, a Creative Director at the salon. I showed her some photos of the kind of thing I wanted and the colour that I liked and we also agreed on chopping a couple of inches too and adding some layers. I was a bit scared of this as my long hair is my comfort blanket but I thought it’s probably for the best! As I have quite a lot of hair and it needed a lot doing to it, I had two appointments booked; one for the cut and then one for the colour. 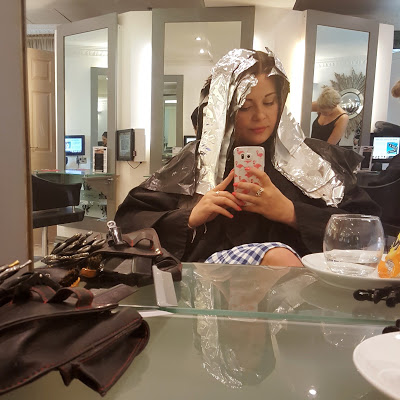 I was most nervous about the cut, and really excited about having the colour put in! But during my hair cut I was really put at ease and eventually my worries disappeared. It was actually a really nice experience, I mean who doesn’t like having their hair played with?! So my hair was washed and then I had a little trim and some slight layers put in to give it a bit of shape, and then it was blow dried and finished off with some lose curls. I was really happy with the cut, my hair looked much healthier already!
Just over a week later I went back again to see Carla for my second appointment to get the balayage done.  Now I don’t know too much about all these trendy new hair treatments but all I know is I showed her some photos on Pinterest as inspirational ideas and she worked her magic for me! I came away with healthy, long hair with lightened ends which was basically just what I had asked for.
I didn’t want anything ‘too blonde’ so I decided to go with some warmer tones which I think suit me better, and I am really happy with the shade it ended up. I think balayage or ombre is a great option for an instant style update without having to worry about maintainence in the long term; my roots can grow out and it won’t look awful and need constant topping up!
So if you’re local to Milton Keynes/Aylesbury and you’re looking for a new salon then I thoroughly recommend checking out Lifestyle Salons! They are also currently offering up to 50% off your first cut and finish and the team are always happy to have a little chat beforehand to help you decide what style would be most suitable for you.

A massive thank you to Carla and the team at Lifestyle Salon, Newport Pagnell. I love my new hair!