So you’ve all met my lovely fluffy Ragdoll Merlin, and now say hello to my new baby cat Marshall! Back in July I went and collected this little ball of fluff from a local rescue home. I had been a member of a Facebook group that specialised in rescuing pedigree cats for a while, and when I saw a photo of ‘Snowy’ the Persian that they uploaded, I was instantly interested in him! 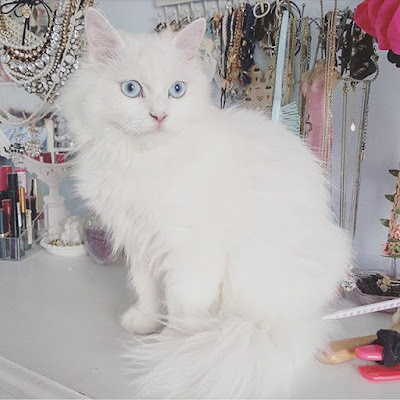 They had a little bit of information on his history; he’s approximately 4 years old and had been rescued from a home in Malta where he wasn’t being very well looked after after being abandoned by his previous owners. He went through lots of vaccinations and tests so that he could be flown over to the UK (he has his own passport!) so he could be re-homed somewhere here safely. When he arrived in the UK his fur was so matted that it was actually hurting his skin, and he wasn’t in a good way. 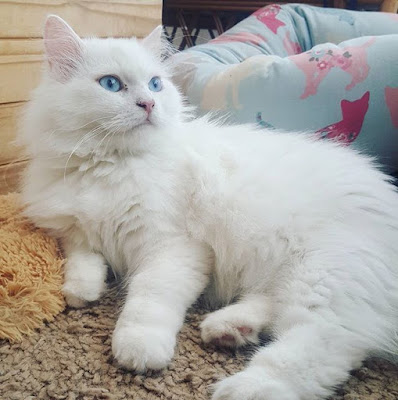 I’m half Maltese myself and there was just something about him that I liked, and I decided that I wanted to give him a new life at home with me and Merlin (my Ragdoll kitty). Unfortunately, I wasn’t quick enough. Another lady had already taken him home by the time I had thought about it and messaged the rescue centre asking if I could visit him. I was pretty gutted and couldn’t stop thinking about him. 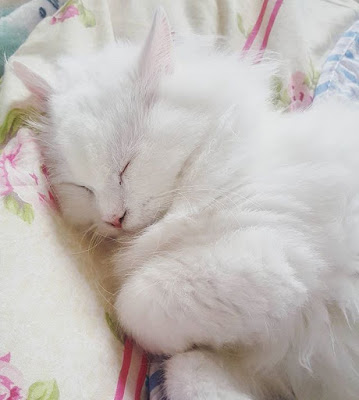 A couple of days later, his photo popped up again on my newsfeed. He had been returned back to the cat rescue centre for being “too lively”. I was heartbroken for the little thing, being passed from pillar to post and moving countries and going back and forth. I felt like this was ‘fate’ and this was my chance to rescue him once and for all! 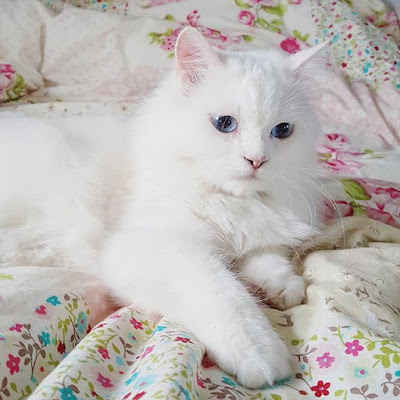 I booked my visit and took him home with me that same day. The lovely rescue home had fixed him up and he now has a beautiful pure white soft fluffy coat, he is no longer matted, and is now happy and healthy at home with me. Due to my love of Eminem, I have renamed him Marshall, as his previous name was Snowy. The little thing is completely deaf, so he’s not confused by this sudden name change! Isn’t he a beauty… 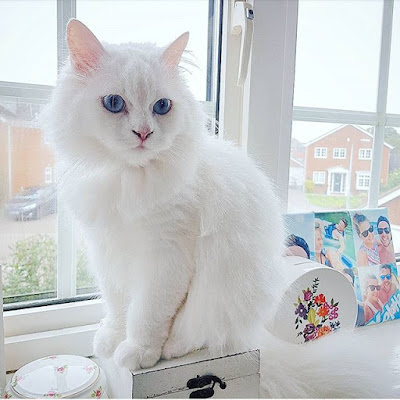 Although he was lively and quite a handful when I first got him, he has now settled in and is like any other cat. On the first few nights we had him he would yowl and cry so loudly (apparently deaf cats do meow much much louder than normal cats generally). I was worried for him that he was distressed and we tried our best to comfort him. He wasn’t eating much either so we were a bit concerned. But he settled in a bit more everyday, and after a few weeks he was eating fine and was much calmer, so we introduced him to Merlin (my big fat cat).

There was lots of hissing and growling to begin with. Mainly from Merlin who was obviously a bit miffed that there was a new kitty in his territory. But because Marshall is deaf as a post, he didn’t seem to be in the slightest bit bothered, and kept trying to make friends with him! Although now they are perfectly comfortable around each other and aren’t aggressive, they’re still not exactly best of friends. They do enjoy each others company, but only at a distance! 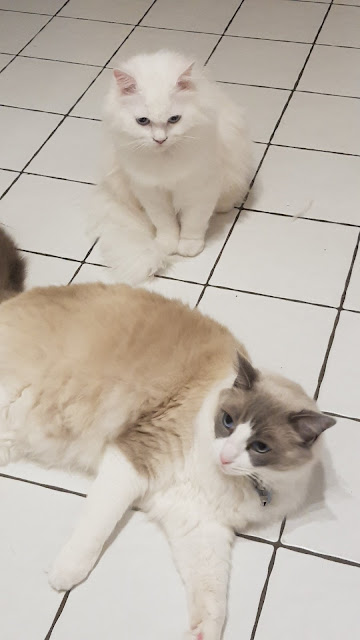 Because Marshall is deaf, he is very clumsy and knocks everything over. He doesn’t seem to realise because he can’t hear the ‘smash’ against the wooden floor whenever he knocks another photo frame off the mantelpiece. But other than that, he’s a lovely little kitty and I’m so glad we’ve been able to give him a happy home! He absolutely adores my Dad, and loves being brushed. Whenever you come home he runs up to you and when you stoke him he will lick your hand with excitement and purr non-stop. He is a lovely little cutie!