A couple of weekends ago (when it was the hottest February on record!) we went for a lovely little weekend away to Norfolk. I love exploring the UK, and we were kindly invited to stay at Woodlakes Park; a log cabin holiday park with fishing lakes set within 66 acres of rural parkland. The park is located near to Stowbridge in King’s Lynn, but the nearest town is Downham Market which is a short drive away. The north Norfolk coast is only a 45 minute drive away and the Royal Estate of Sandringham is even closer.

I’d never stayed in a cabin before so I was looking forward to seeing what it was like and exploring the area. We stayed in a ‘Larch Plus’ cabin which was overlooking the lake and the cabin is made from sustainable, European timber. We drove from Milton Keynes to Norfolk on the Friday night after work which took a couple of hours, but luckily the roads were fine. We got there in the evening when it was quite dark so we couldn’t really see much of the park when we arrived, but I was excited to see the inside of our cabin! I imagined the interior to be a little bit rustic and old fashioned, but I was pleasantly surprised. The cabin was really modern with a fully equipped kitchen, fitted bathroom, two spacious bedrooms and a large living and dining area. I loved that although it was light and airy inside, it still felt like a traditional ‘cosy cabin’ as the wooden panelling was exposed on the walls and ceiling.

I was also a little concerned that as it was February, it might get a little bit chilly in the cabin. But there are electric radiators in every room which can be turned up and our cabin remained very warm and cosy all weekend. We actually had one of the best nights sleep ever whilst we were there.. it was so peaceful and quiet! Plus, the beds were super comfy and the bedding was really soft. I didn’t want to get out of bed! I loved the spacious living area which had two big comfy sofas facing the French doors where you could relax with the doors open during the day, or cosy up in front of the fire watching TV in the evening. The doors of our lakeside cabin opened up on to the gorgeous veranda area which was the perfect place to enjoy the views over the lake in the morning. I loved being able to open up the doors, wander outside in my PJ’s sipping on hot chocolate and looking out over the water. It was so relaxing and tranquil. We were lucky with the weather when we visited; the skies were blue and it was lovely and sunny and a balmy 16 degrees, so it was nice to be able to enjoy the outside areas. It was so peaceful and quiet in the park, and the ducks, geese and swans would come up to the cabin and swim in the lake opposite which was lovely to see.. they were so cute! And for those who are into fishing, there is also a private swim for each lakeside cabin in front of the veranda. They also offer pet friendly lodges too so you can bring your doggies along! When we arrived on the Friday night, as it was quite late, we decided to head to the nearest town of Downham Market to find dinner. We found a Wetherspoons pub which was perfect for what we wanted – a quick, cheap meal that would fill us up! I love their pizzas and they’re only about £5 with a drink, so well worth it! We then went back to the cabin to relax and cosy up ready for the next day.

On the Saturday we drove over to March in Cambridgeshire as it was a place I’d visited a few times before and I quite like. It’s just a little market town with few charity shops and another Wetherspoons pub! This Spoons is actually pretty cool.. it’s called The Hippodrome and was an old cinema that opened in 1928 and they’ve kept the layout and a lot of the features so it looks like an old movie theatre! Anyway we stopped here for breakfast as again, they do a big filling breakfast for about £5 and it sets you up for the day.

We then drove to Ely in Cambridgeshire which is a city that I’m quite familiar with but I wanted to take Gavin to see it as I think it’s so lovely. We walked around the Cathedral and through the parks down to the river. It’s so pretty there so is well worth a visit if you’re ever nearby. We were so lucky with the weather, it was a beautiful day! 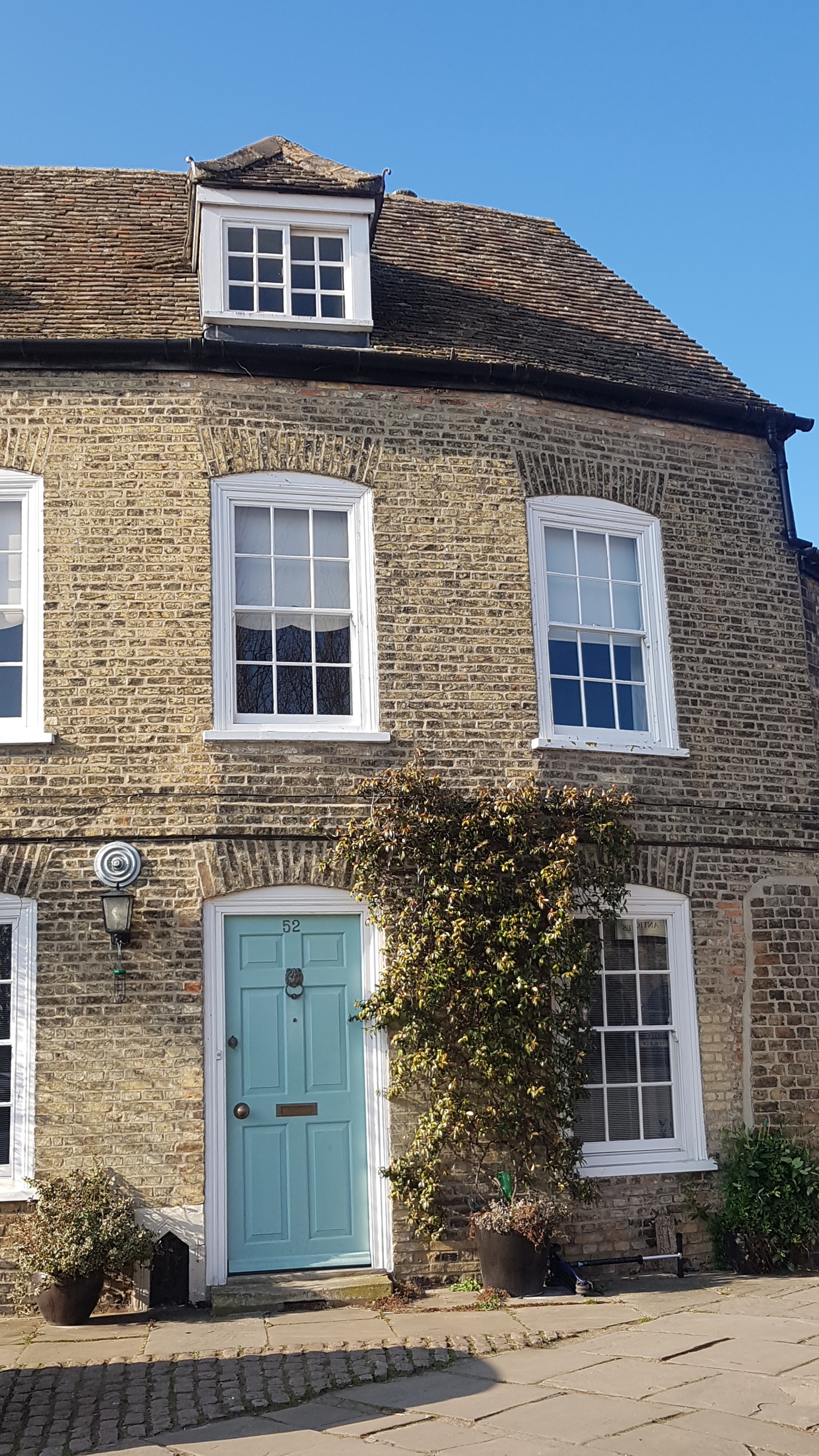 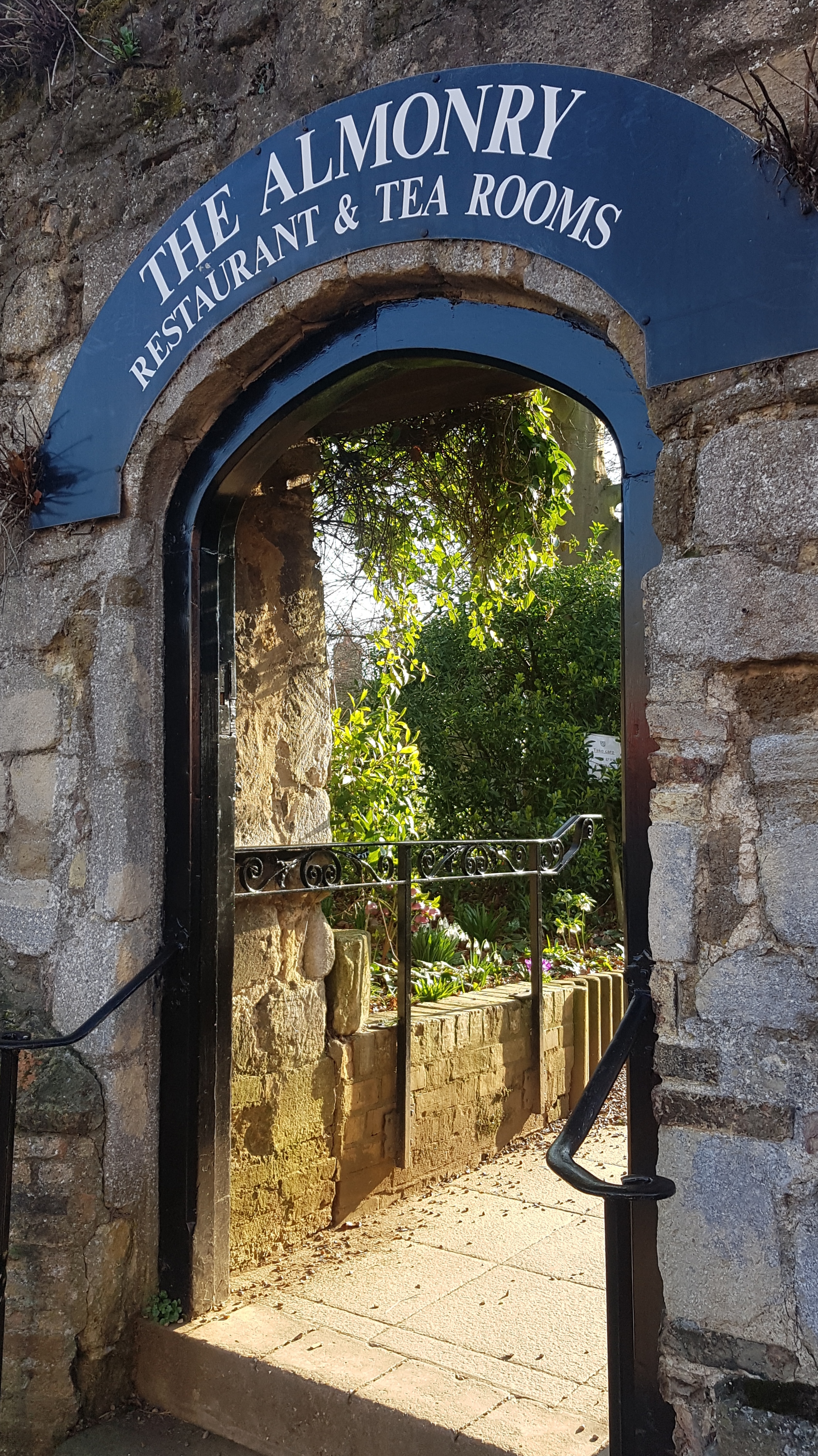 Remember Fatty Arbuckle’s restaurant? If you don’t, it was a popular American-themed restaurant chain in the UK that ended up closing down in the 2000’s. But there are still a couple of rebranded versions of the restaurant just called ‘Arbuckle’s’ in both Downham Market and Ely! We thought we’d go and check out the Downham Market one on the Saturday night as curiosity got the better of me and it was less than a 10 minute drive away from the cabin.

We were shocked when we pulled up to see an enormous car park completely full, and when we went inside we were told they were fully booked so we would have to wait for about 45 minutes at the bar. This was fine but we were so surprised that this big restaurant in the middle of nowhere at the side of a main road was so busy! But this was a good sign, it meant it must be good! When we were finally seated we looked through the menu which was huge! They had everything.. burgers, steak, ribs, pasta, fajitas.. everything!

We decided to treat ourselves to a whole 3 courses and it was all so good! The portion sizes are huge too, and the prices very reasonable. I would 100% recommend giving Arbuckle’s a visit if you’re ever close by. We had such a lovely weekend away at Woodlakes Park and it was nice to do something different to our usual UK city break. If you’re looking for a remote, peaceful retreat then I would recommend considering a cabin at Woodlakes Park. Although they are rural they are modern, luxurious and cosy and have everything you could need for a romantic weekend away or a family break with the kids. The countryside location is also ideal for exploring Norfolk – there are so any great family attractions nearby.

END_OF_DOCUMENT_TOKEN_TO_BE_REPLACED

Managed to find a navy blue & gold alarm clock to

We knocked out the weird homemade shelving unit &

Before & after of our bedroom 😍

Not a great photo but I'm so happy I've finally fi

Working from home or self isolating? 😷 I've put

Before & After // Our front wall was a bit of a st