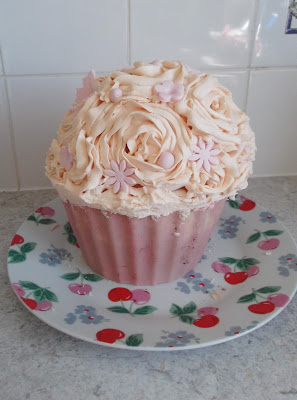 So I normally like to make regular small cupcakes, but I thought I would invest in a giant cupcake mould! So I gave it a go during the week as I had a sudden urge to bake. I bought the mould new for £6.50 from an eBay seller. The mould comes in three pieces, the bottom, the middle, and the top, and its made frm red silicone. 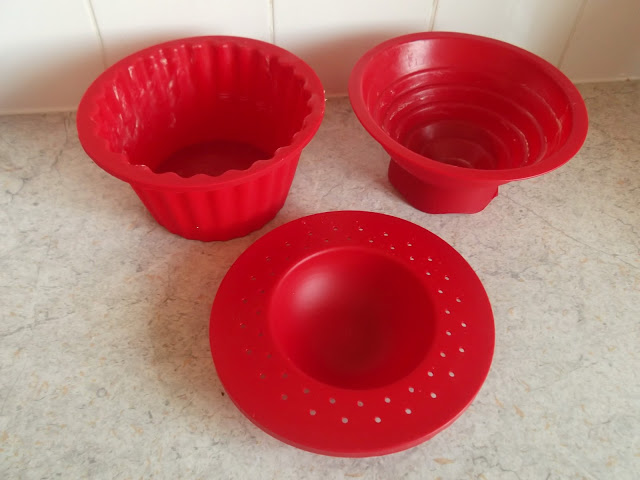 After making the cake mix and baking it, this is how the sponge turned out! I was to excited to wait for it to cool down, so bits of the top broke off and I pulled it away. Overall though, it looked good! I used 6 eggs, 350g of SR flour, sugar, and butter, and some vanilla.

Now, to give myself a challenge, I decided I wanted to try and make a perfect case for my giant cupcake, so I decided to try the melted chocolate case method. To do this, you melt down some white chocolate over a boiling water pan. I then added some pink food colouring to it!

Then I covered the inside of the mould in the melted chocolate, and left it to cool in the fridge for 30 mins. 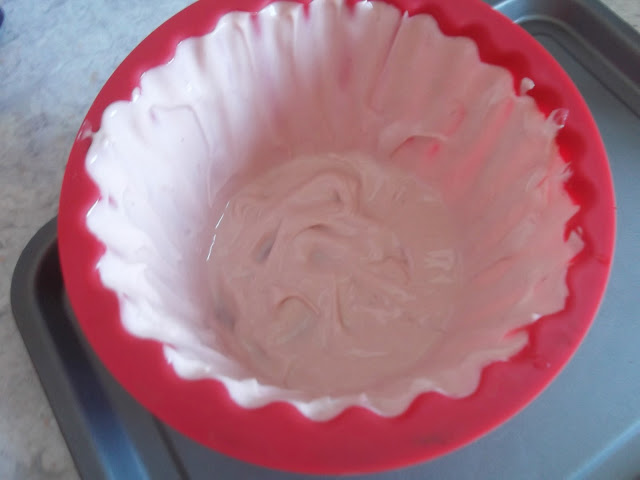 When it came out of the fridge, I had to very carefully roll down the silicone mould, to reveal a giant cupcake case shell! I was pretty impressed by this! It looked perfect, and I was surprised it didn’t crack. However, it was a boiling hot day so it did keep melting! 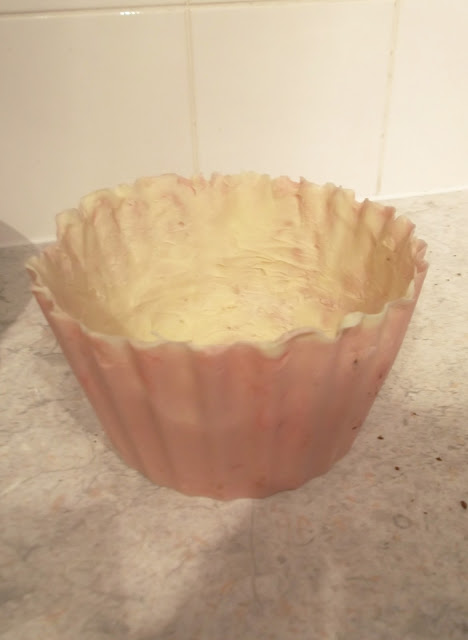 I added the filling to my giant cupcake – strawberry jame and vanilla buttercream. I then coated the sides of the sponge, top and bottom, and dropped the bottom into the case very carefully. I then placed the top on, and decorated with more buttercream and fondant decorations. I tried to swirl the buttercream into roses all around the cupcake, and then I made flower and butterfly decorations. 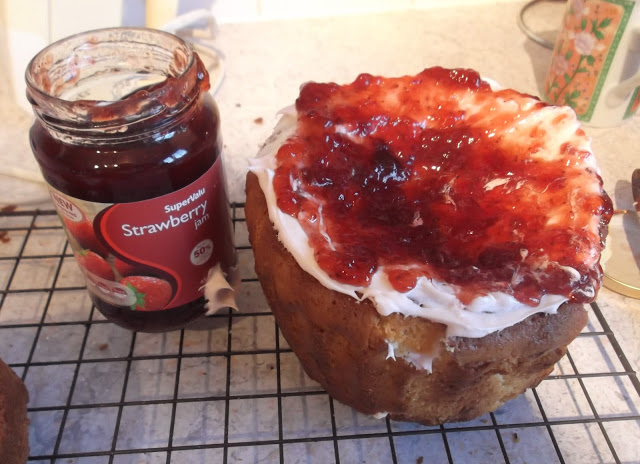 So this was the finished product! What do you think? It was huge! Have you tried making a giant cupcake before?