Milton Keynes Primark opening date in Bletchley, Milton Keynes has now been announced here!! I thought I would do this post as I know a few local Milton Keynes bloggers would be interested to find out the facts about this, and also there are many people Googling the rumours and landing on my page! Some of you may have heard the exciting news that Primark is coming to Milton Keynes. Last week I attended the exhibition in Middleton Hall on the new development plans for Milton Keynes city centre. The Centre MK Alliance group therefore produced a plan to meet the community’s aspirations and ambitions for the city. They are aiming to shape the future of Milton Keynes, and adapt to the growth of businesses. 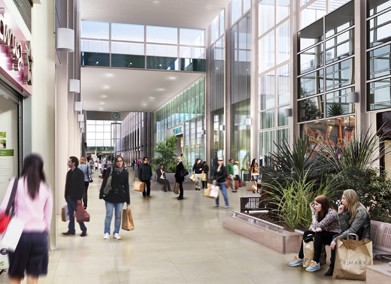 They have planned the following: 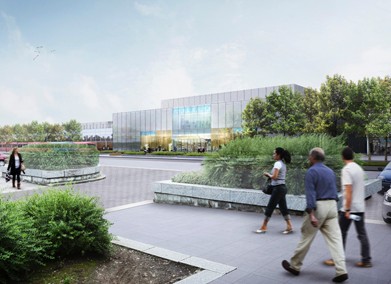 The 90,000sq ft flagship store will be opening where the current market is. That’s a huge space! For me personally, I think this is a great idea, as the shopping centre appears pretty run down these days, and those days of being the best shopping centre in Europe are long gone! People expect almost every town and city to have a Primark, just as they expect a Boots or WH Smith. A few years ago, rumours were spreading around the city that the reason we didn’t have a Primark was because thecentre:mk thought that it was too ‘down market’.But, since they have now introduced a Greggs and a Poundland, I don’t think they can say they keep it only for prestigious brands anymore. Despite the snotty woman next to me at the exhibition, complaining that Primark is grotty and cheap, it’s the fastest growing fast-fashion retailer in Europe, and it is hugely popular with all classes of people. Primark will trade across three floors at the new store, and subject to planning, work is expected to start on in spring 2013 with Milton Keynes Primark due to open in 2015.
Primark has already agreed to open a store at the MK1 out of town shopping park near the MK Dons football stadium near Bletchley, meaning Milton Keynes will be the first time the retailer has opened a store both inside and outside the same town. The brand new MK1 shopping park will comprise a high quality area of eight units and 600 car parking spaces. Key anchor tenants are Marks & Spencer, H&M, Primark, River Island and Arcadia. Completion of this project is expected late this year.
So, exciting times for us Primarni lovers in MK! No long will you have to travel to Luton/Bedford/Northampton. We will be spoilt for choice with two big Primark stores in the city! Please let me know your thoughts on the developments 🙂 Do you think it’s a good thing Primark are coming?EDITED TO ADD (27/10/12) H&M has announced its store at the new MK1 development at stadiummk will be opening in November. The clothing retailer, which will be the first to launch at the site, will open on Thursday, November 29 at 11am. I expect the other stores, including Primark, will open soon after. Primark have already recruited members of staff for jobs in the new store.

Here are some photo’s of the plans from the exhibition. 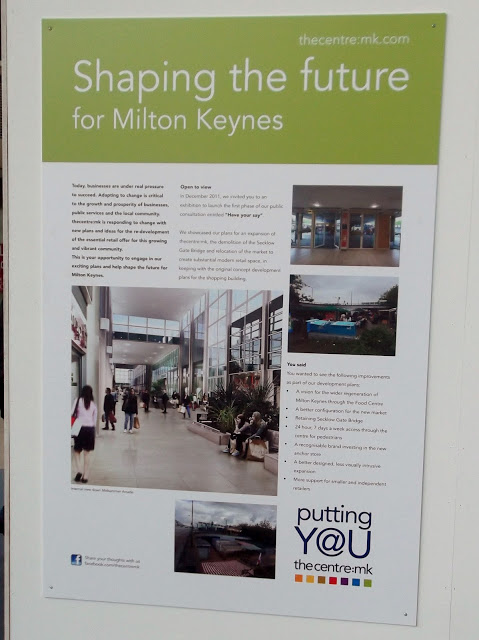 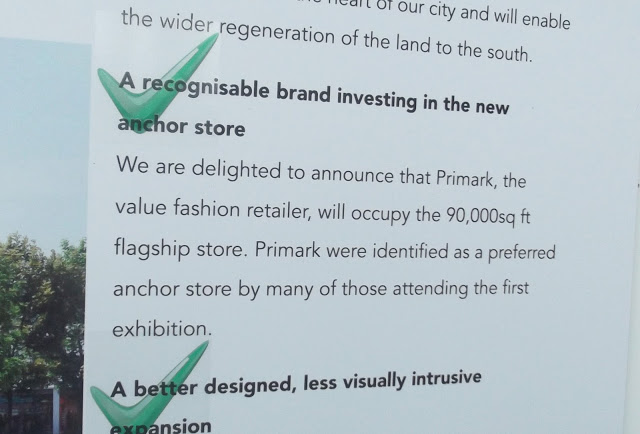 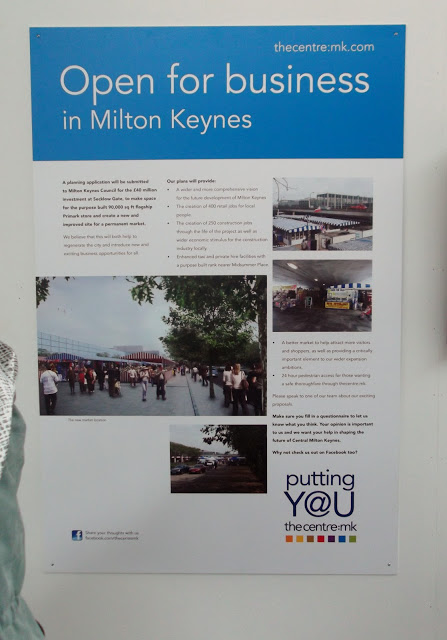 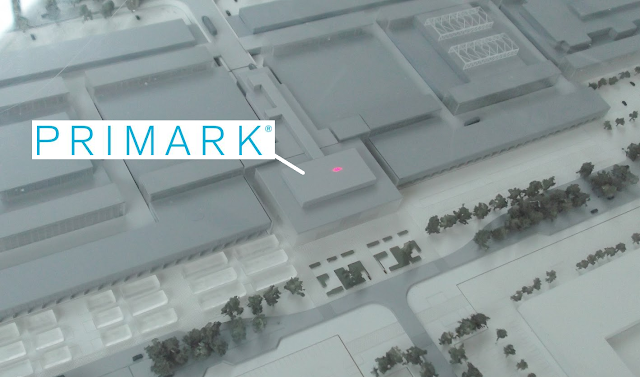