People often joke about how often me and Liam go away, and I suppose we do spend a fair portion of our weekends away somewhere! We love visiting new places, and as we’re not living together and only see each other on weekends, we often like to book a hotel stay away to spend some time together.
A couple of weeks ago we had had tickets for the Kerrang Tour which Don Broco were headlining, and we are big fans so went along to the gig, and they were fantastic! It was a really great night and I’m so excited to see them again at Slamdunk Festival in May!

The gig was held at The Forum in Kentish Town in London, and we head over straight from work (after a quick dinner pit-stop at Eds Diner). We’re quite lucky really being located so close to the capital, as the train from Milton Keynes only takes 35 minutes and a return ticket costs us only £13 with our railcards! After the gig we stayed the night at a Travelodge in Kings Cross, which was as cheap and cheerful as always. 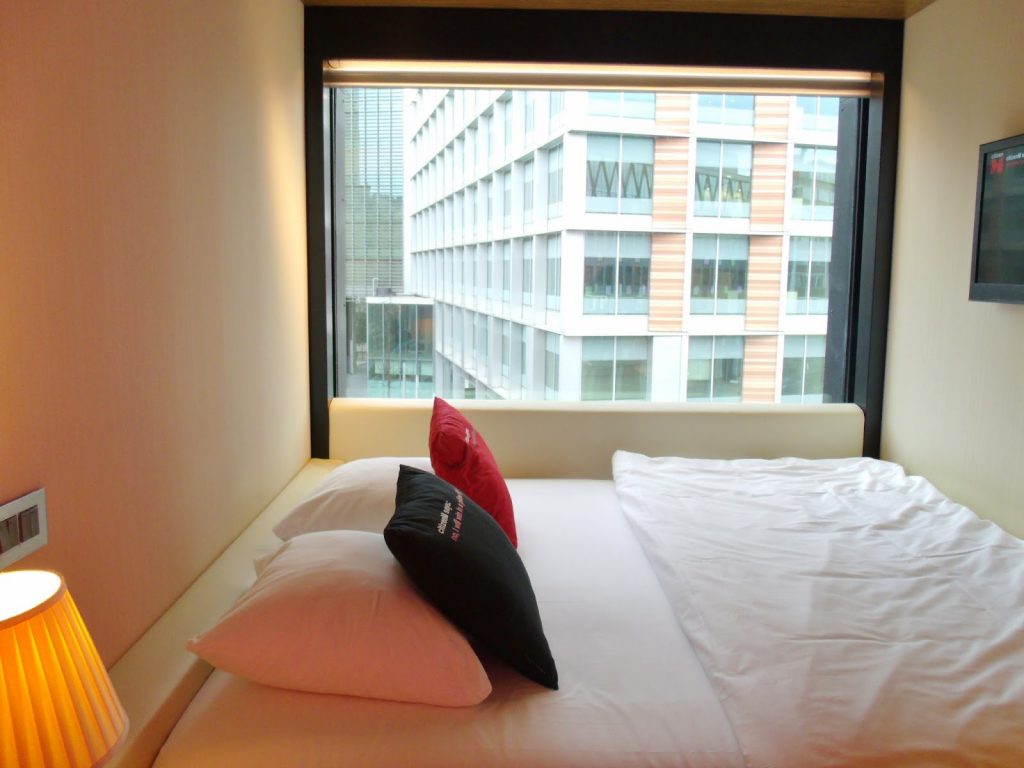 But what we were really looking forward to was checking into our hotel for the second night of our London trip, at CitizenM in the Southwark district. The hotel is ideally located on the south bank very near to Borough Market and a short walk from London Bridge, Southward, or Borough tube stations (about 10 minutes to each). It’s on a fairly quiet street opposite a homemade pizza restaurant (which looked amazing!), Marks & Spencer food, and Pret a Manger.
Our experience at the hotel was amazing from the start; despite check in being from 2pm, they are happy to let you check in earlier if your room in ready. We were so relieved that they let us check in at noon, as we didn’t fancy carrying our bags around town.

The check in was really simple too; you do it all yourself on one of the computers in the hotel lobby, but there’s always helpful staff around to assist. The computer even lets you pick your own room! We had the choice of a room overlooking the city or the courtyard, and we thought it was such a nice touch being able to choose this. We went for the city view and were overlooking the main road, which wasn’t an issue at all, as I’m a big fan of people-watching! 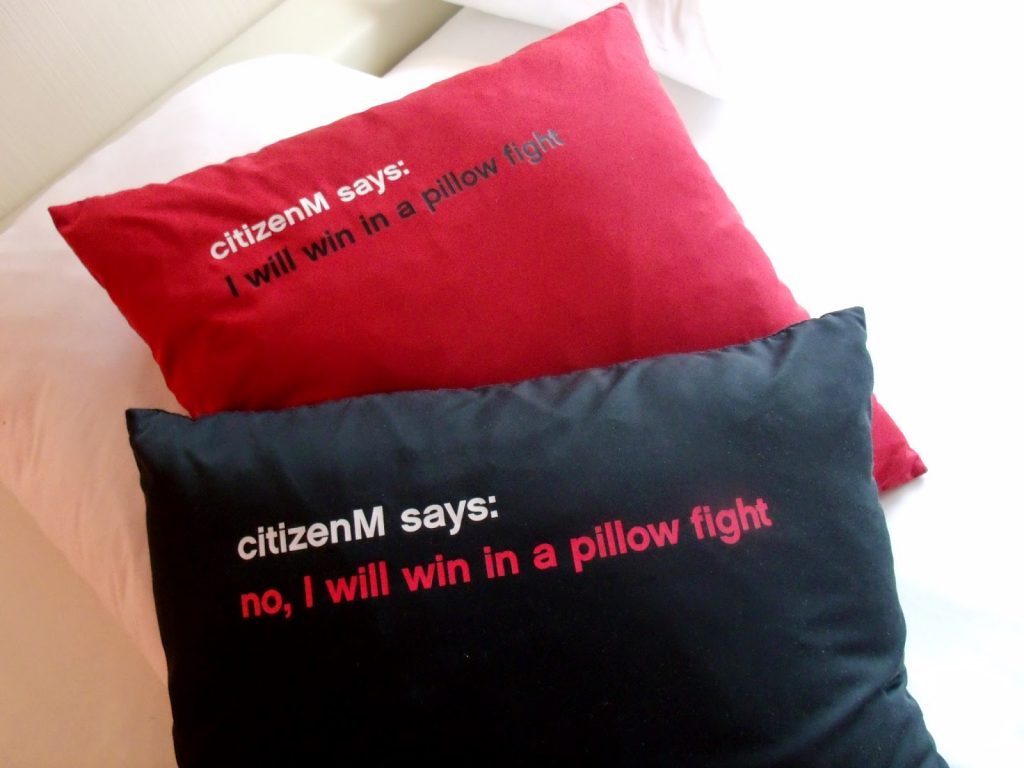 After we’d dropped our bags off in the room, we head out for an afternoon of sightseeing. We started with a stroll around one of our favourite places, Borough Market, and we bought lots of picnic food for our lunch. We then got the tube over to Tower Hill and visited the Tower of London, which I had never been to before. We got 2 for 1 on our tickets as we showed our National Rail voucher and train tickets, which saved us £22! The attraction wasn’t quite what I expected, but I am glad that we got to see the Crown Jewels (top tip: visit late in the day, otherwise the queue is huge!). After a wander around, we bought some drinks and had our picnic which consisted of fresh bread stuffed with olives and sun dried tomatoes, Stilton, brie, and dried boar and venison meats.. yum!
After our long day walking around London, we were really excited to head to our room for the night, which was lit up in bright purple and everything looked so pristine and new. Despite the room being quite small, there was space for everything and it’s been very cleverly designed. Back to the fun parts.. almost everything in the room is powered through the Moodpad tablet that is in each room. You can control the blinds, air con, the TV, lights, and best of all… the mood lighting! This hotel is the definition of cool. There’s also free wi-fi throughout the hotel and Apple iMacs available in the living room style lobby available to use free of charge. 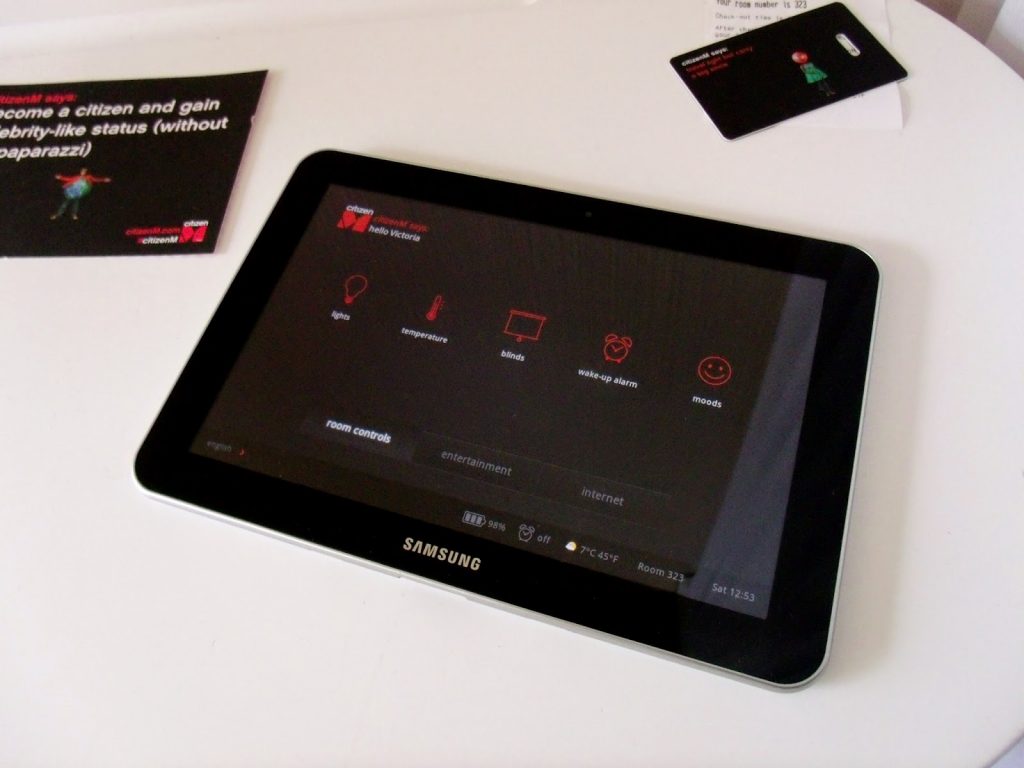 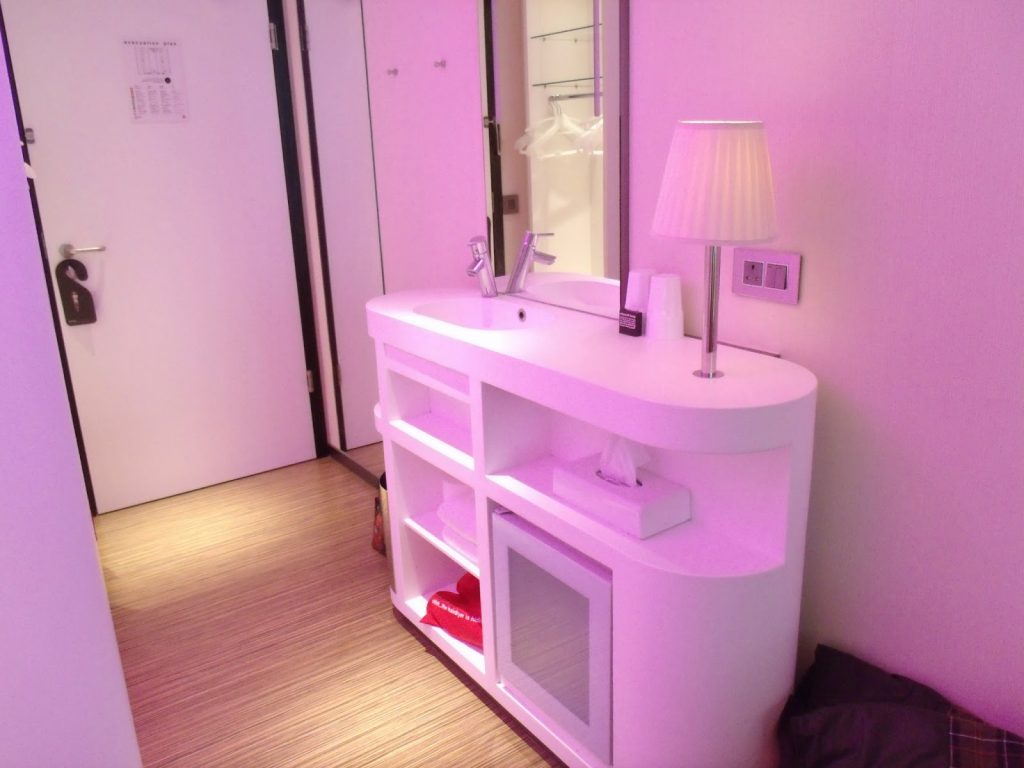 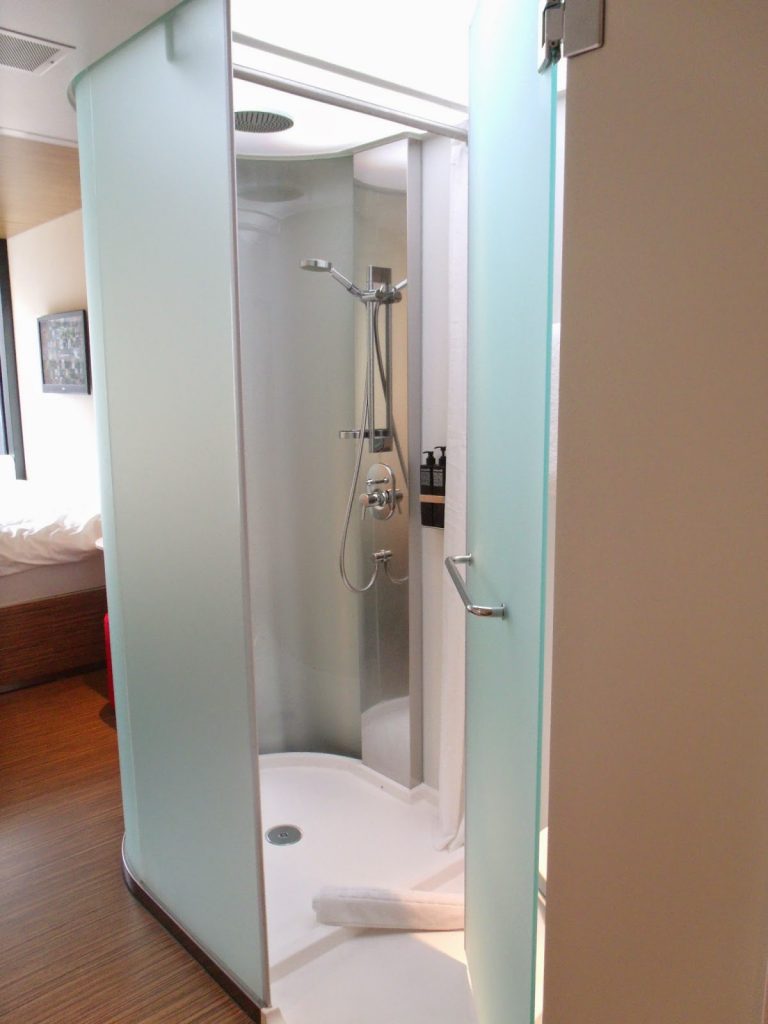 The main curved shower wall could be lit up into any colour possible, which was uber fun and we took it in turns spending ages playing around with the colours. We could also pick films to watch on the TV which is mounted on the wall above the bed. The rooms have a wall to wall window which the massive cosy bed is up against, and the bedding is so luxurious and I could have stayed in that bed all weekend. The room also had a little desk tucked away, and the sink and vanity unit is in the main bedroom. The bathroom has translucent walls, although not see through, and the big rain showerhead made for a very hot relaxing shower. We also approved of the rather amusing slogans that were scattered around the room, and the inspirations quotes in the corridors. 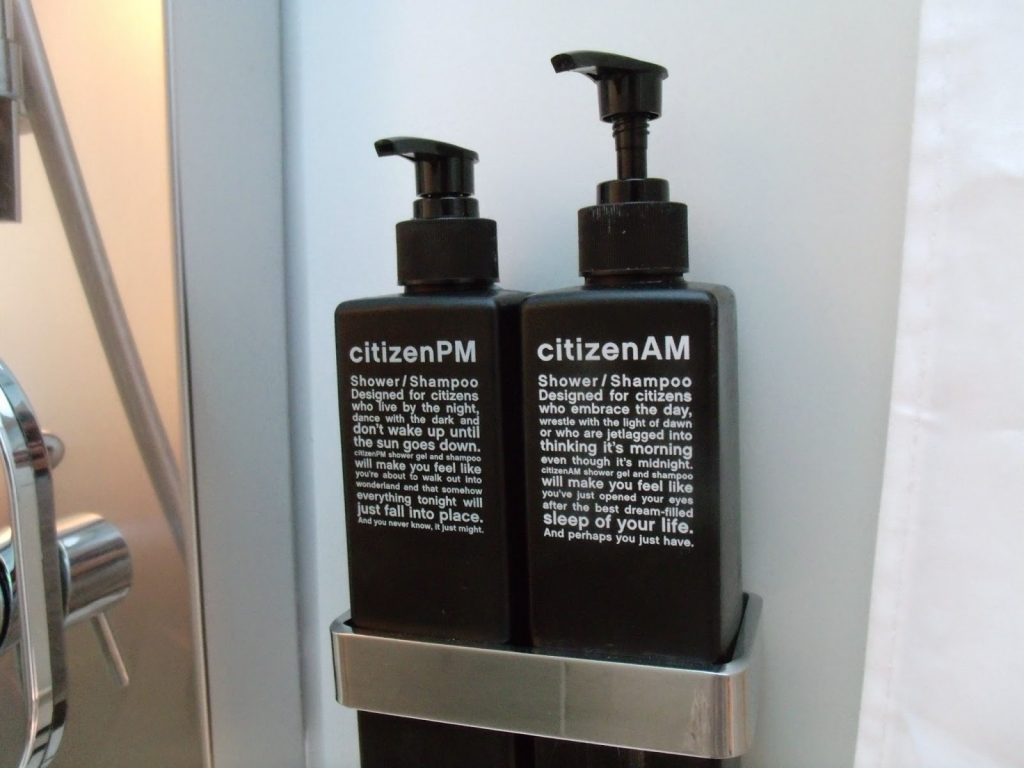 We made ourselves so at home, that we spent the rest of the evening in our room and didn’t go out to dinner as originally planned! We slept like babies, and were pleased to know that breakfast was served until 11am on weekends, which meant we didn’t have to get up too early. When we did eventually crawl from our cosy cave for breakfast I was really impressed with what they had to offer. You find your own table and then help yourself to the buffet which included the usual hot stuff (bacon, sausage, eggs etc) and then cheeses, hams, cereal, fruit, and pastries. They also had proper freshly squeezed orange juice which was a big tick from me! We ate enough that we didn’t need to pay for lunch whilst we were out, which is always a good thing! After we checked out, we walked all the way to the London Aquarium, and we went to visit all the fishies, which was quite fun, but as it was half term there were kids everywhere and one got it’s sticky lollypop on my faux fur stole. Cry.

Overall we had a fantastic trip to London, and an amazing stay at CitizenM. In fact it was so great, we’re making plans to stay again in June for Liams birthday! Thanks for having us Citizen M.. we’ll be back! 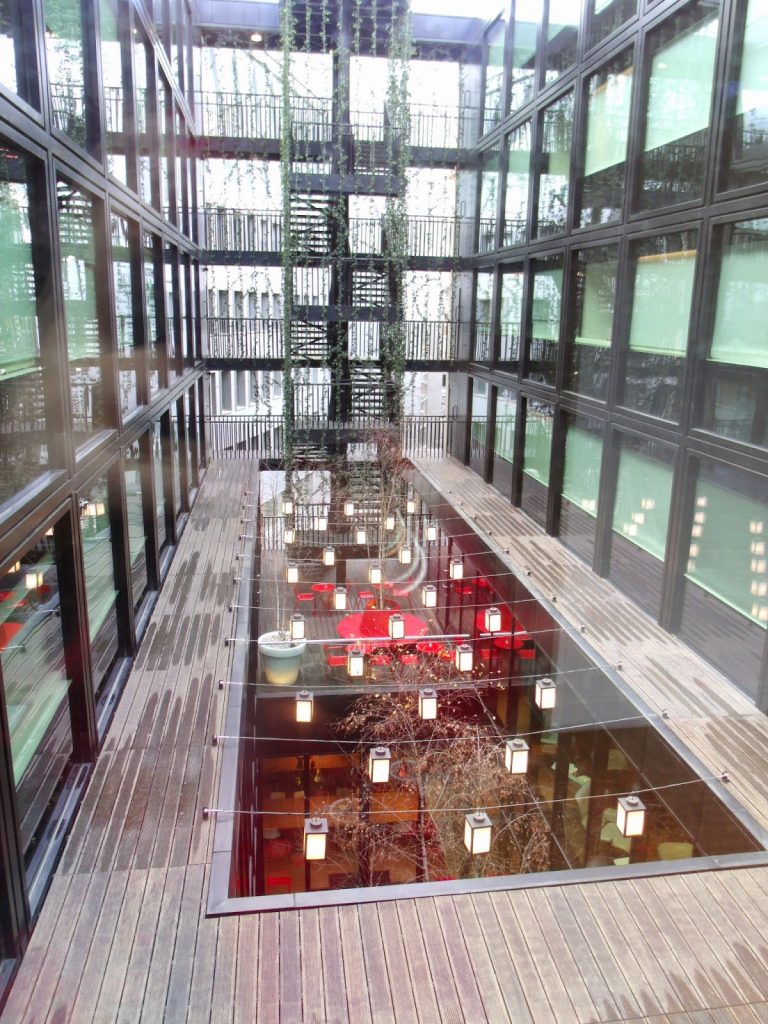 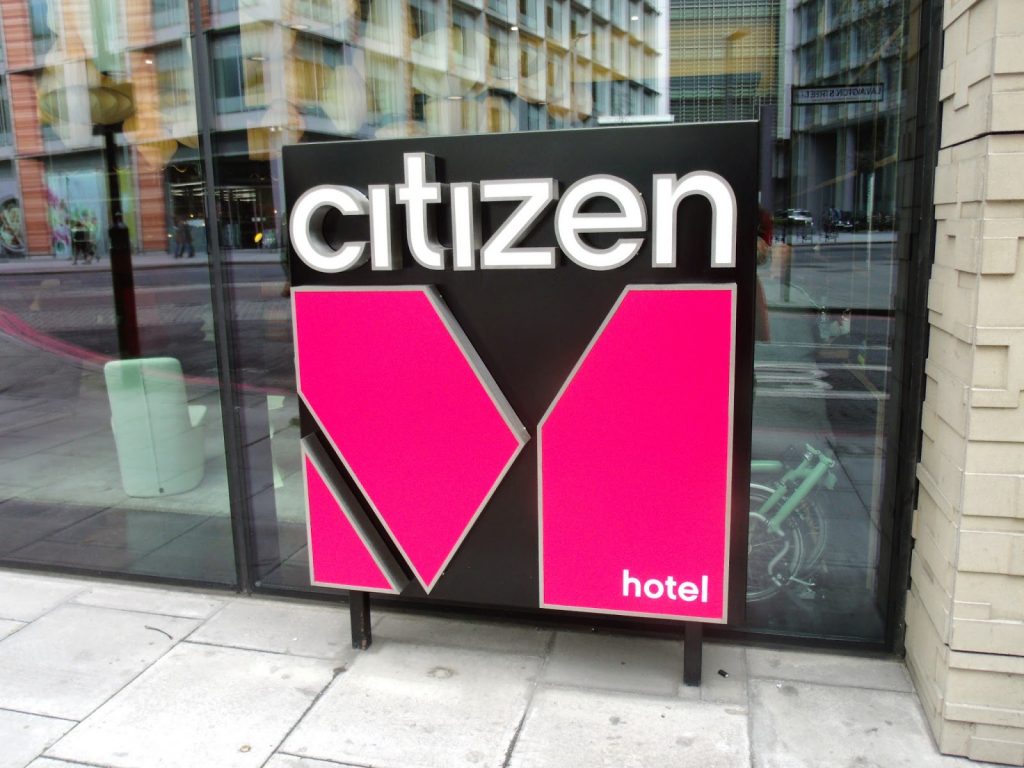 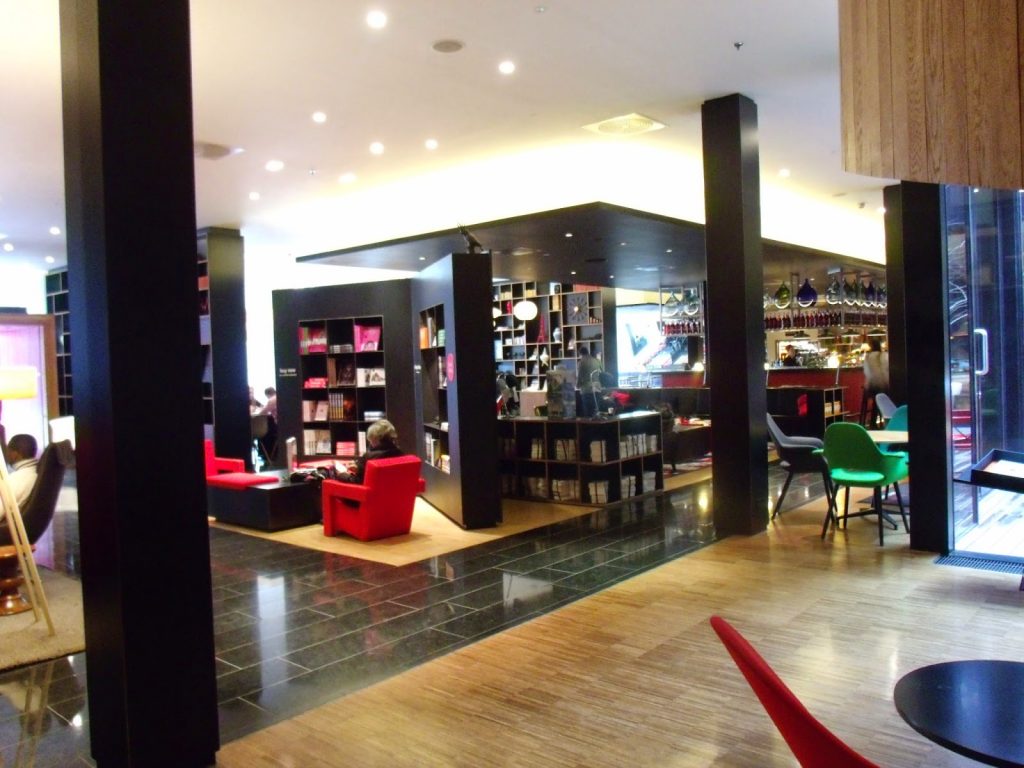 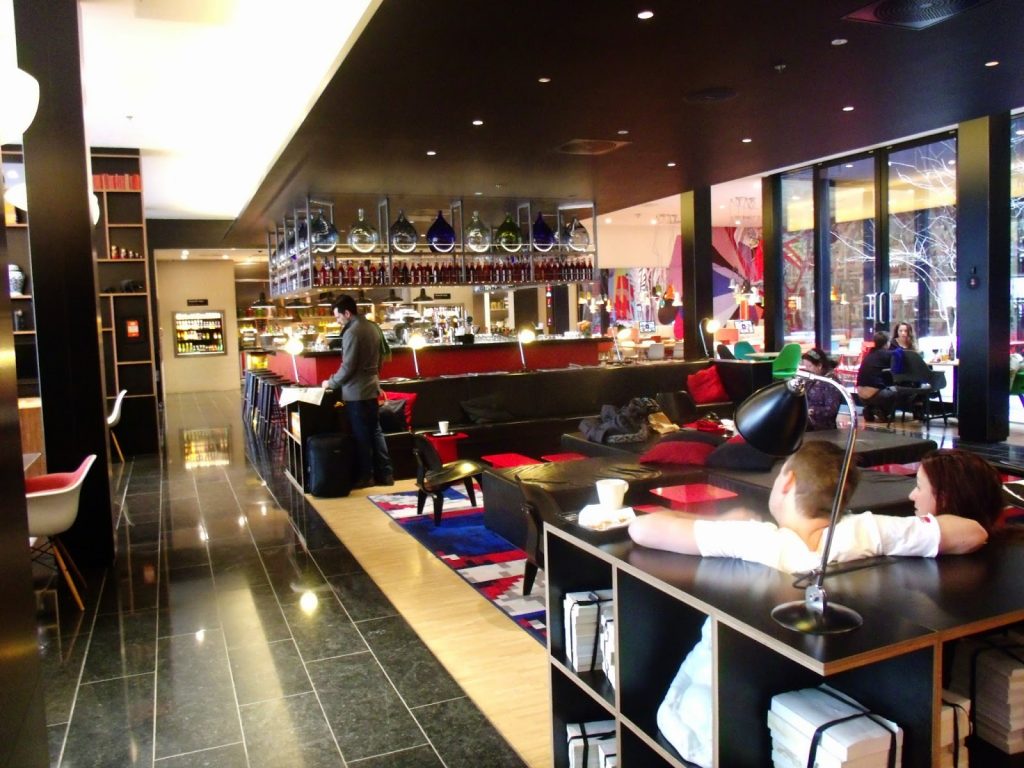 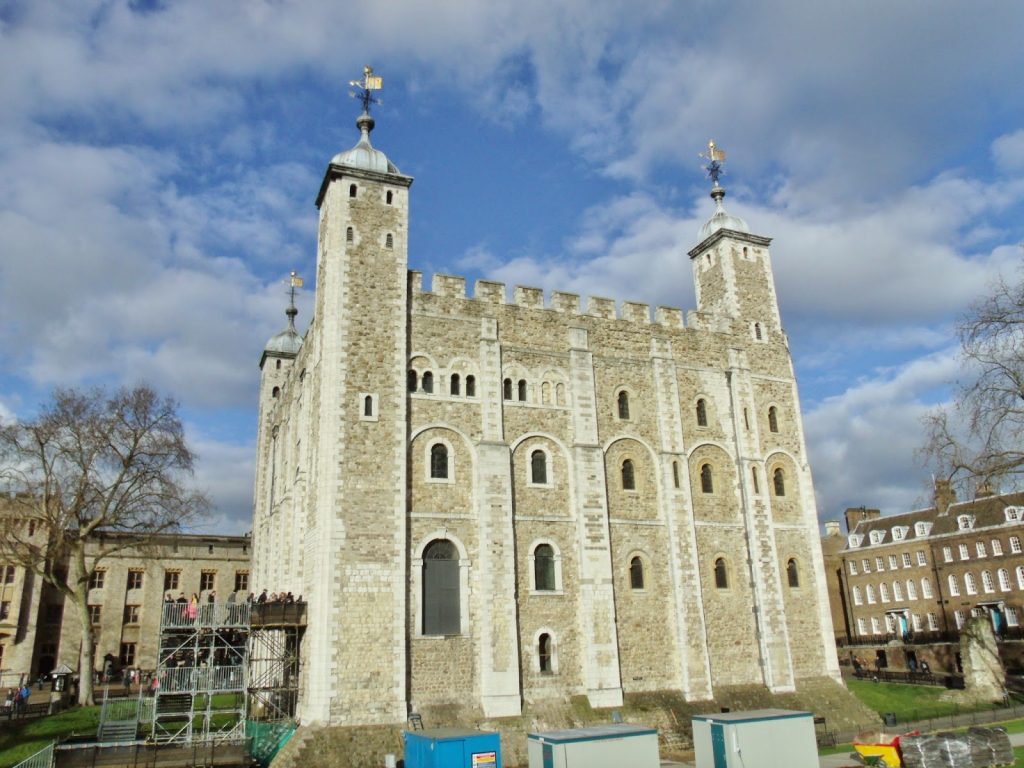 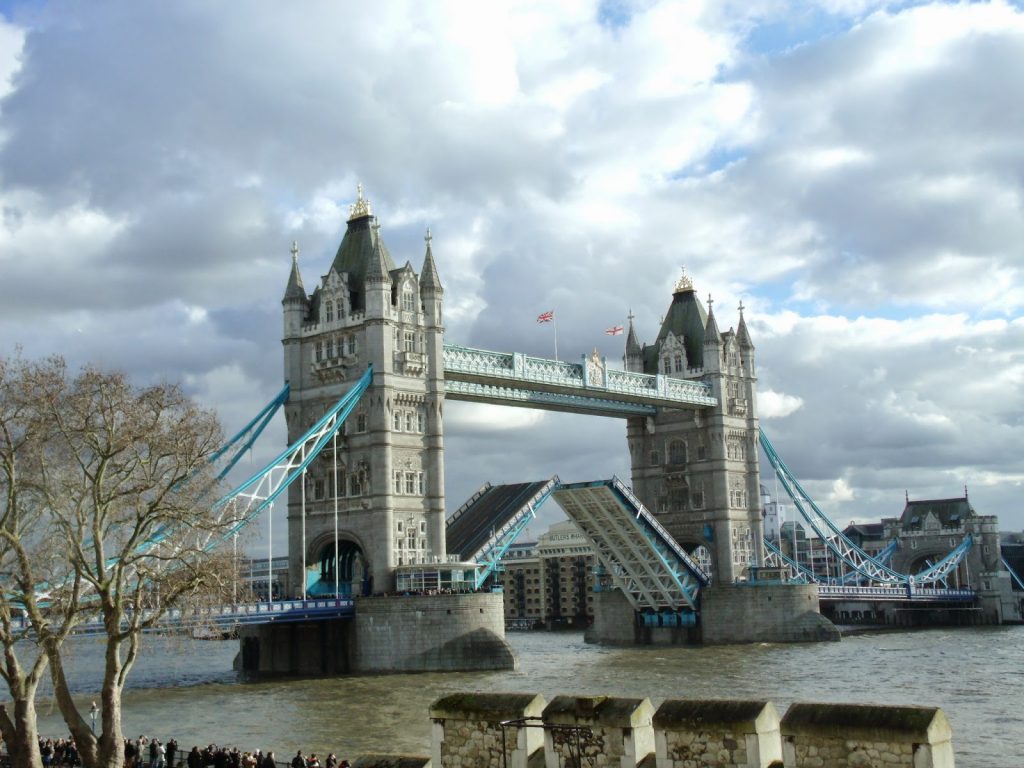 * We received a one night complimentary stay