Over the long Bank Holiday weekend last month, Gavin and I went to London and stayed in the Hub by Premier Inn hotel on Brick Lane for 2 nights, so I thought I’d do a review. We had a pretty busy weekend as we had tickets to see You Me At Six at Alexandra Palace on the first night, and then tickets to go to a Real Friends gig in Camden for the second night! We also had drink and dinner booked at Icebar London (check out my blog post) which was probably the highlight of our trip! 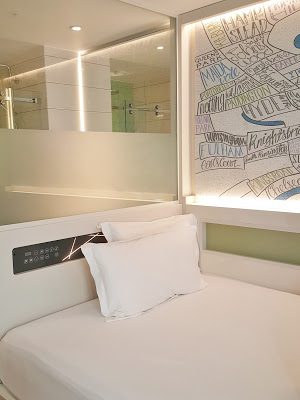 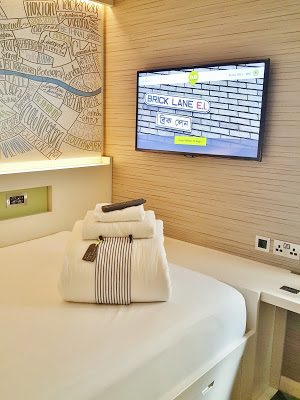 We booked to stay at the Hub by Premier Inn on Brick Lane because it was the cheapest room we could find in Central London, given that it was the Bank Holiday weekend. We managed to get a standard room for around £70 per night, which was much cheaper than any other hotels in the area. We wanted to stay in a hotel that was near to Alexandra Palace and Camden, and it was easy to access those locations from the hotel.

The hotel is located just at the end of Brick Lane, and not far from Spitalfields market. There are lots of vibrant shops, markets, bars, and take aways in the area, and it’s about a ten minute walk from Liverpool St station.

The hotel is based on minimalist facilities and small but efficient rooms. On checking in, you use their computer system in the lobby to put in your details and get your room key, although staff are on hand if you need any assistance. The standard room is small and compact, but includes some great features including a Hypnos bed, monsoon shower, free wi-fi, 40″ Smart TV, and a clever wall mounted control panel for adjusting the lights and temperature.

The room is quite small but is perfectly fine to use as a base which you just use to sleep in. It did get pretty stuffy in the room as there is only a small window which didn’t open, but luckily the air con worked nicely. The only other thing I would say is that the bathroom is made from frosted and also clear glass, including the walls and door. If you’re visiting with a friend or someone you’re not that familiar with, you might prefer to stay somewhere with a bit more privacy! 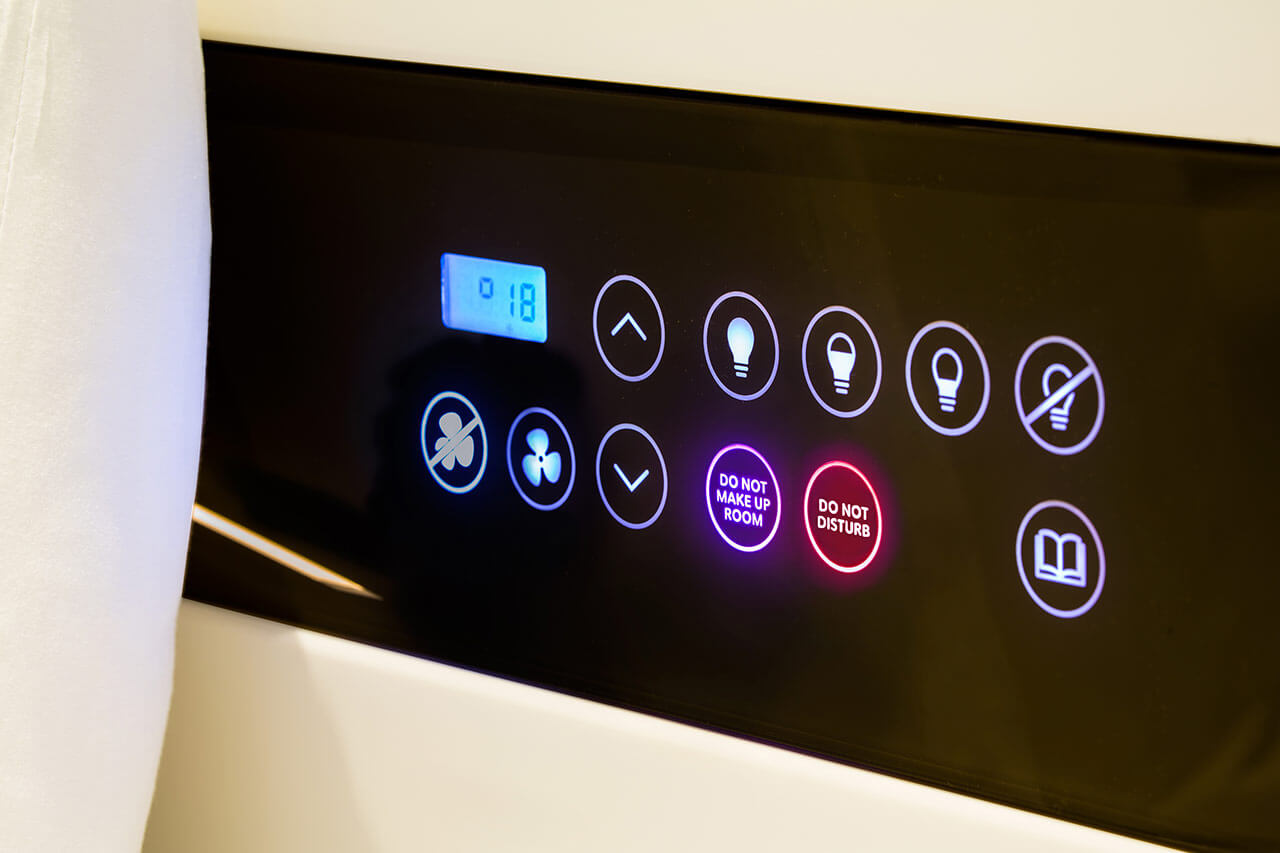 Overall the room was very sleek and clean and I liked the clever design and minimalist style. The London map printed on the wall is a nice touch, and the control panel is very clever (apparently you can even download an app and sync the room settings from your phone!). We found it perfect to use as a base for our weekend in London, and would recommend it for close couples/friends. If you prefer, you could always opt for a bigger room for some extra space. There are a few other Hub by Premier Inn hotels in Central London, so worth checking out if you’re visiting as it is great value for money. 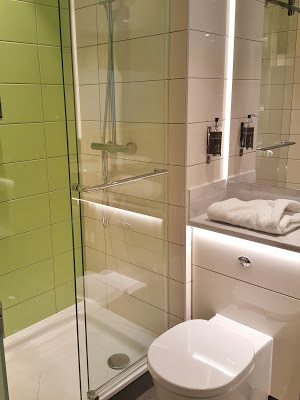 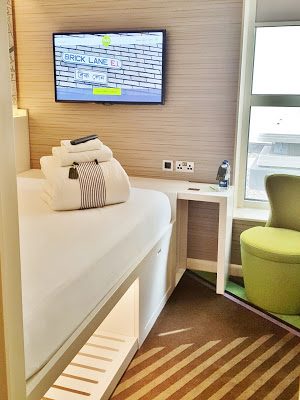 Back in December I won a competition with Hummingbird Bakery on Twitter and the prize was for £50 of gift vouchers! I was really excited to spend some of the vouchers, and so we visited the bakery in Spitalfields and treated ourselves to some delicious cakes!

As we visited over Easter there were lots of cute designs, but we opted to try a red velvet cupcake, an Oreo cookie cupcake, and a massive slice of rainbow cake! They were all delicious (the rainbow cake was SO GOOD) and I can’t wait to visit London again soon so I can go back! 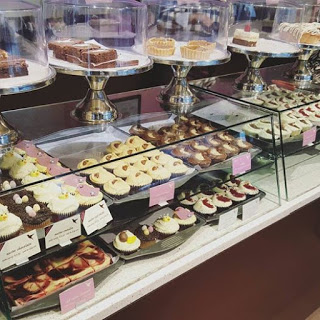 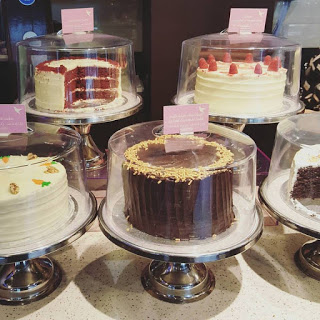 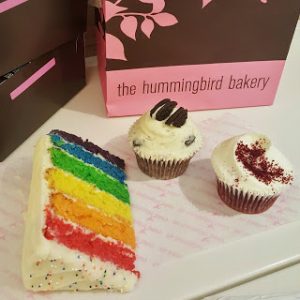 We’d heard a lot about The Cheese Bar in Camden Market, which is a little restaurant serving a menu made up entirely of different types of cheeses! As you can imagine, I was very excited to visit! We chose to just try the simple grilled cheese sandwiches, which unfortunately weren’t very customisable as they’re pre-made. I didn’t really want onion in mine, but there was no option to remove it, although luckily there was hardly any onion in there.
I did like the design of the restaurant, which featured a high bar with marble tops, and a big lit up wall featuring their cheesey menu. I also liked looking into their huge glass fronted fridges which stored all the big wheels of cheese. Mmm.. cheese.
As well as grilled cheese, the menu also included some small tapas style dishes such as mozzarella sticks, fondue, and mac and cheese. It was a nice place to stop for lunch and to try out and I like the idea of the menu as I’m a huge cheese gobbler, but if I’m honest it was a little bit overpriced (about £8 per little dish) and pretentious for me. 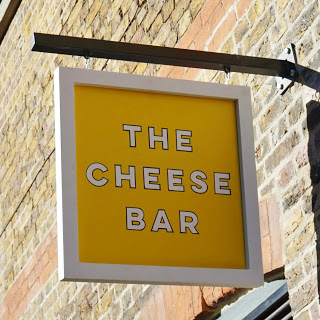 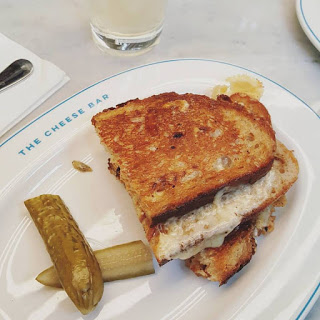 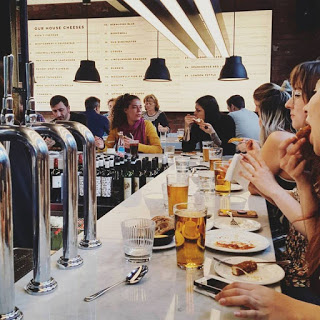 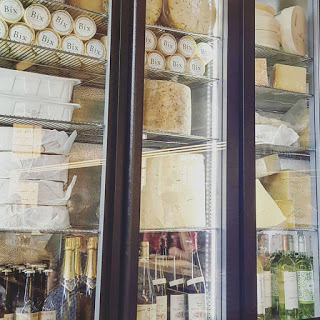 If you’re looking for a cheap hotel in London, I thoroughly recommend checking out Hub by Premier Inn! Have you ever stayed at a Hub hotel before?