Last Saturday we went into London as we had a nice little weekend planned and a night booked at The East London Hotel in Bethnal Green.  The second time me and Gavin ever met was in May 2016 at Slam Dunk Festival whilst The Story So Far (a pop punk band from California) were performing, and so their songs kind of became ‘our songs’. Listening to them reminds me of that time when he kept talking to me in this noisy room at the festival and I couldn’t hear a word he was saying but I wanted to seem cool so just nodded along and laughed awkwardly. So we had been wanting to see them perform live again for a while and when they announced a tour of the UK we booked tickets to their gig in Kentish Town! Read on to check out my review of The East London Hotel. 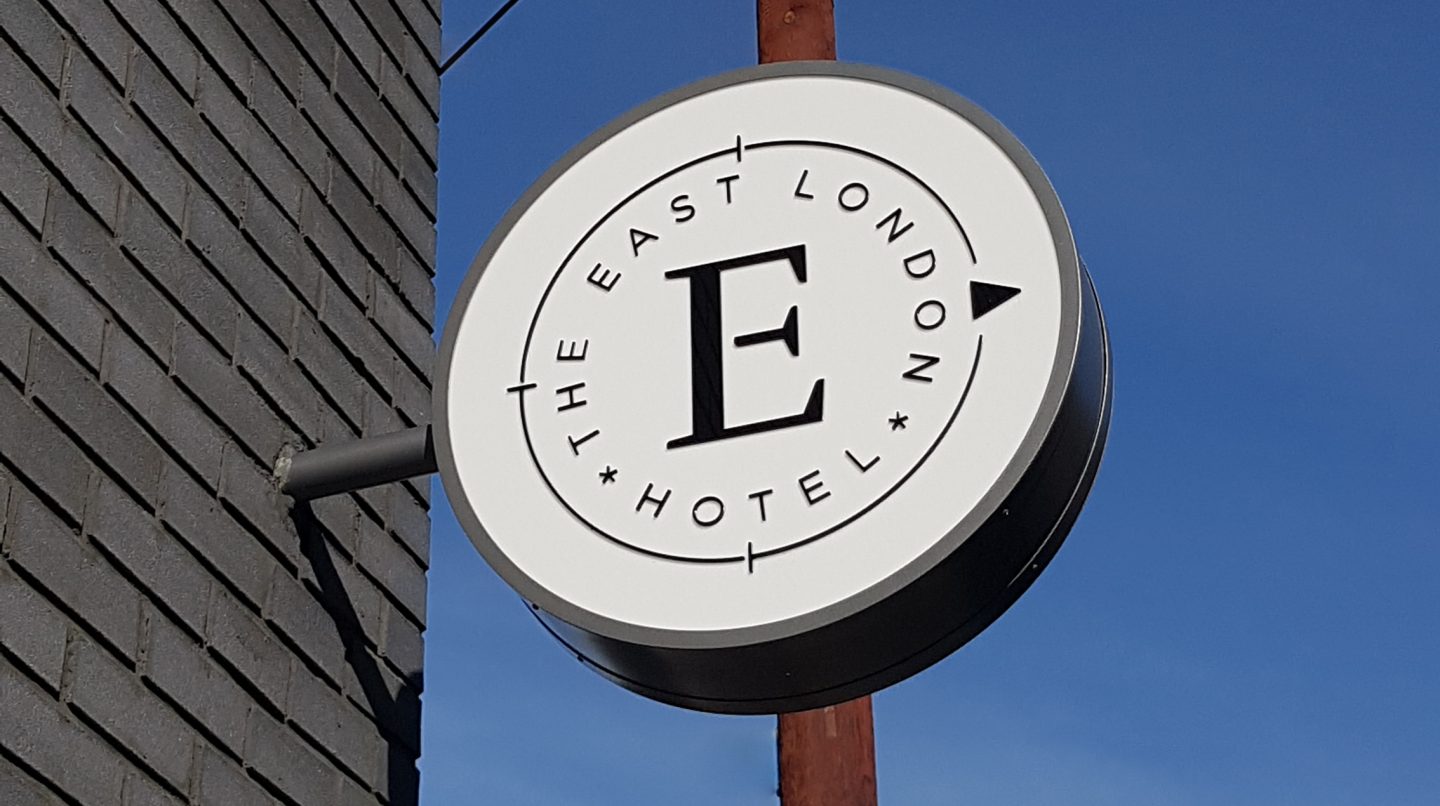 Although we only live 35 minutes away on the train we don’t visit London very often, so we wanted to make a nice weekend out of it! We got the train into Euston and went to visit one of my favourite underrated attractions in London – The Grant Museum of Zoology! This weird little natural history museum is part of University College London and just a short walk from Euston station. It’s only a small place but it has some really cool exhibits – if you like creepy skeletons and dead animals!

My favourite bit is the ‘jar of moles’ which is literally a bunch of moles stuffed into a pickle jar. Gross but kinda cool! It’s also a good place to come before Halloween as it’s got a pretty ‘spooky’ feel about it! It’s free entry so if you’re ever nearby I highly recommend it! Although it is only open 1pm-5pm Monday-Saturday. 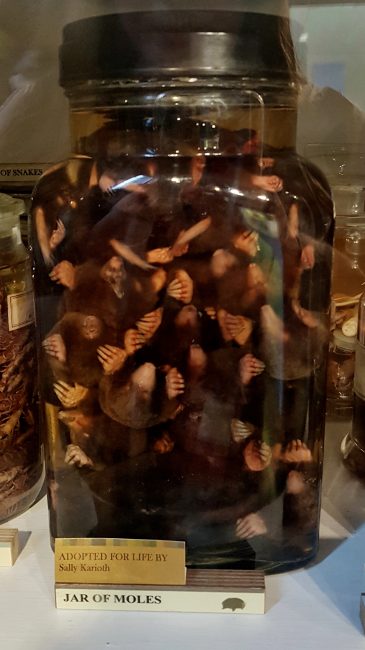 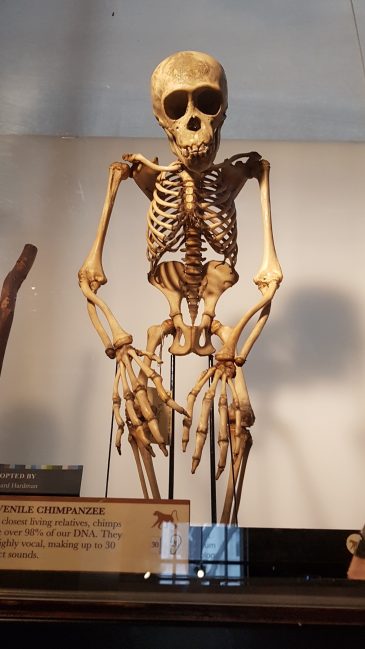 Review of The East London Hotel

As it was absolutely pouring down with rain at this point we then decided to head over to the hotel to drop our bags off before we went out for the evening. We were very kindly invited to stay at the brand new The East London Hotel which officially opened this month. It’s located just down the road from Shoreditch and just outside Bethnal Green tube station so it was easy to get to from Central London. Upon arrival we checked into our room using their snazzy self-check in tablet which was easy to use but there was also a member of staff on hand to assist if needed. The check in area is located in the bar/restaurant and the whole space is very tastefully decorated with industrial style décor and chic accessories. 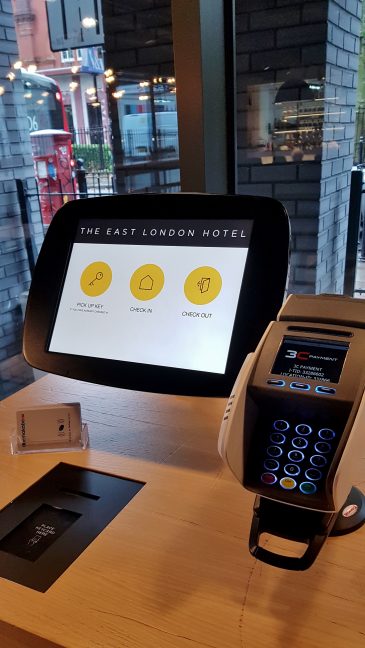 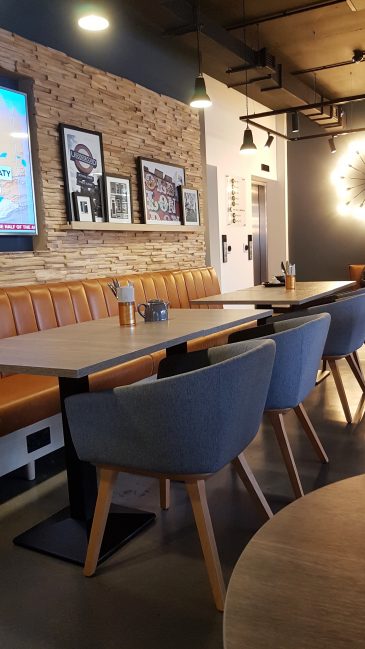 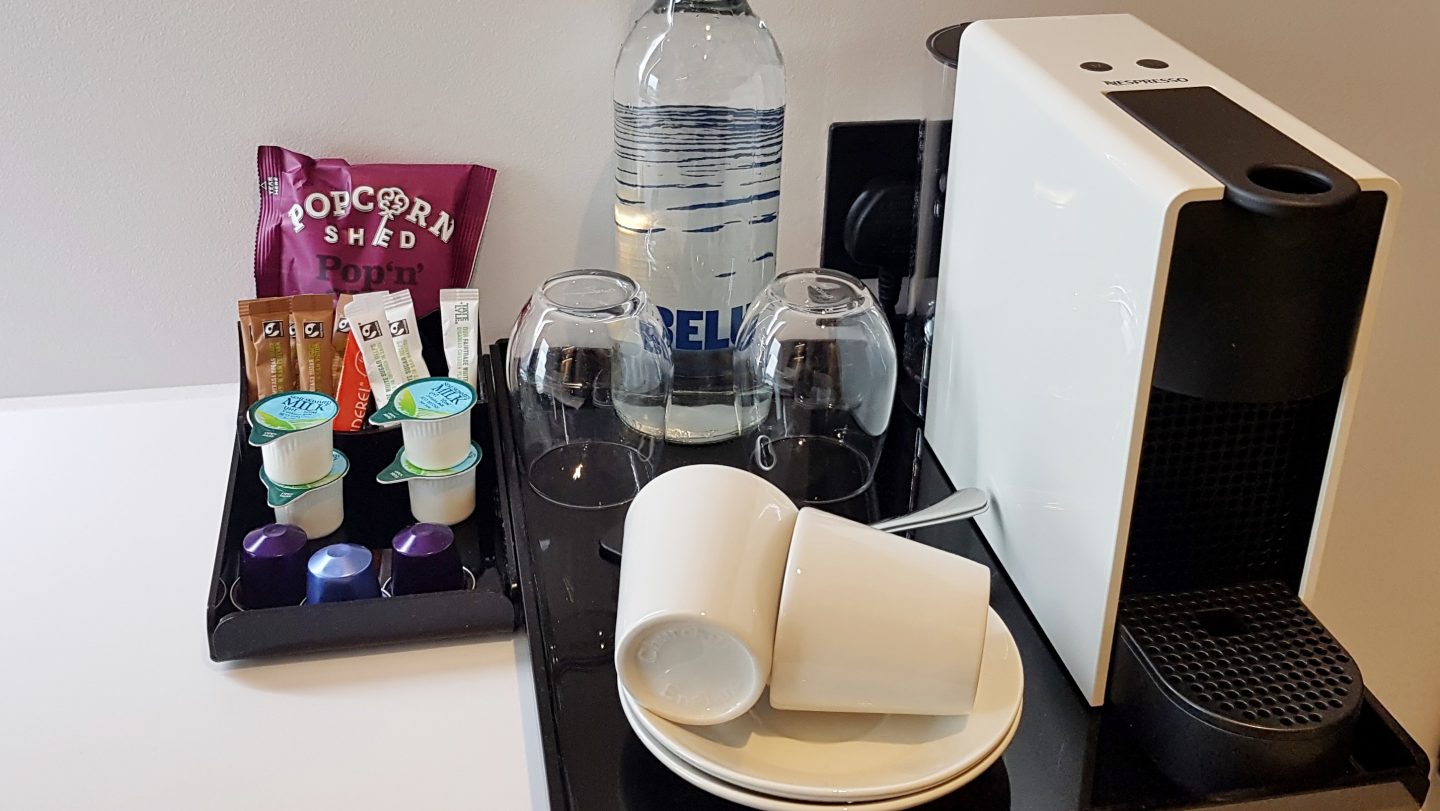 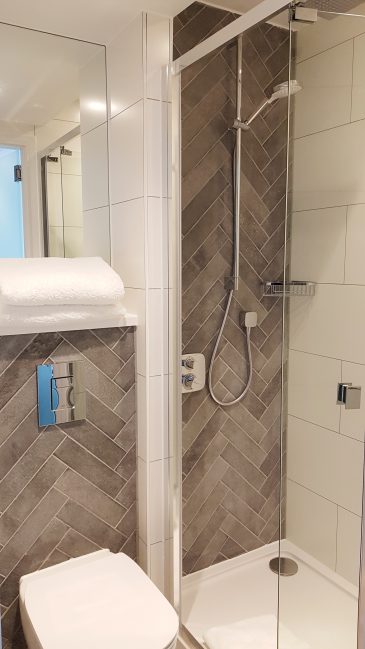 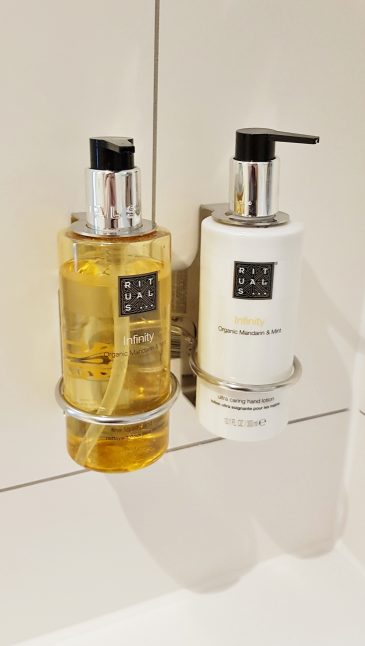 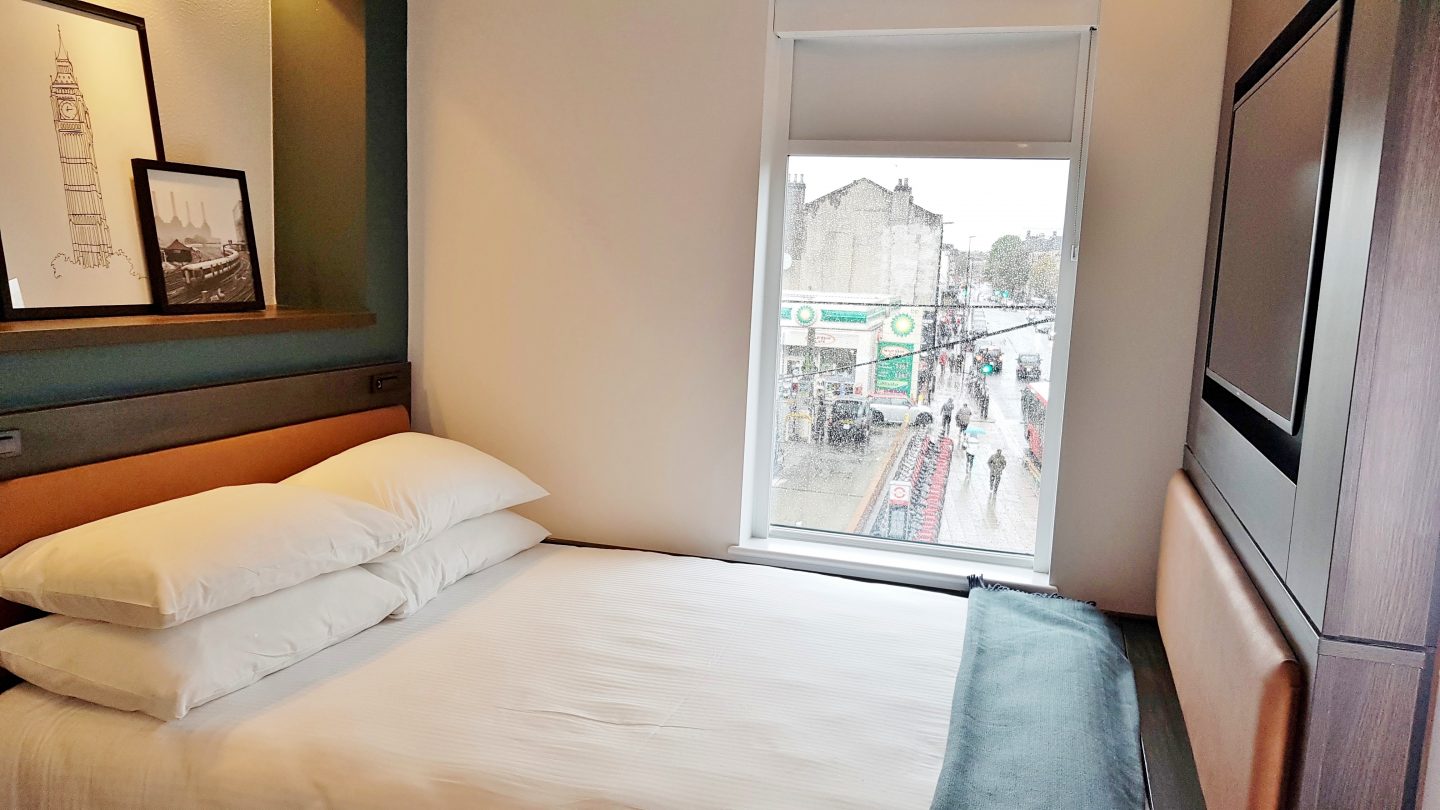 The rooms are designed to be compact to save space and so the design is minimalist but cosy.  The standard double room that we stayed in featured everything we needed for a relaxed and comfortable stay including wi-fi, a big smart TV, storage space, and a Nespresso machine. My favourite thing about the room was the very well designed bathroom which was small in size but not cramped, with a gorgeous monsoon shower! 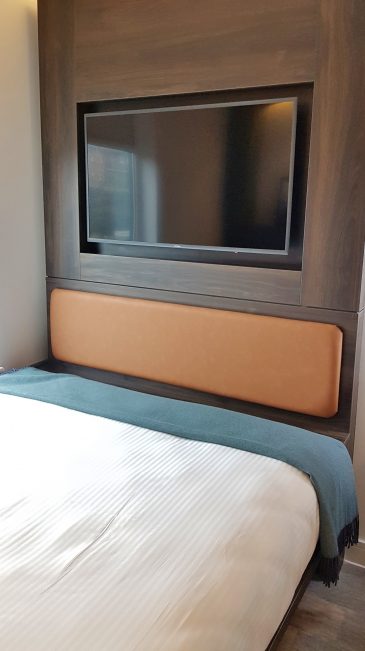 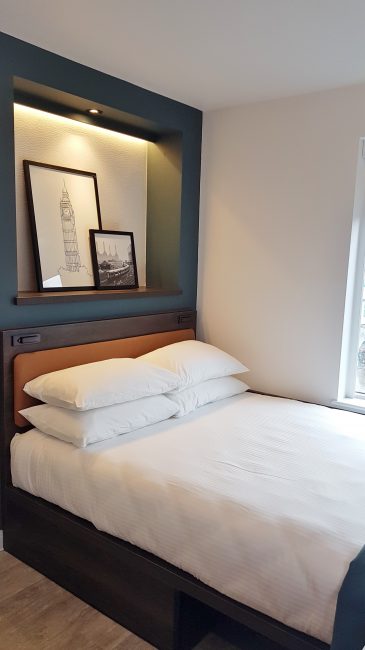 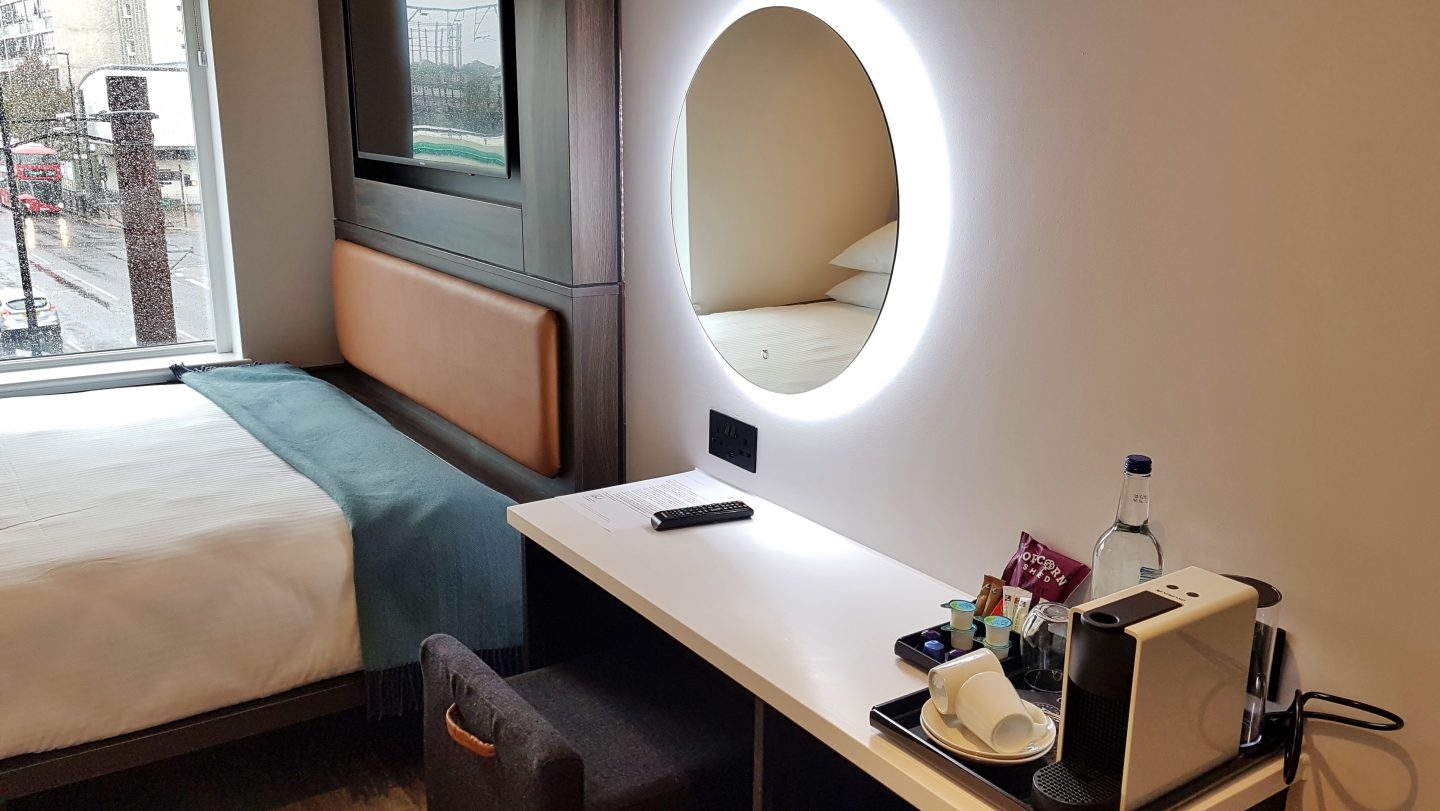 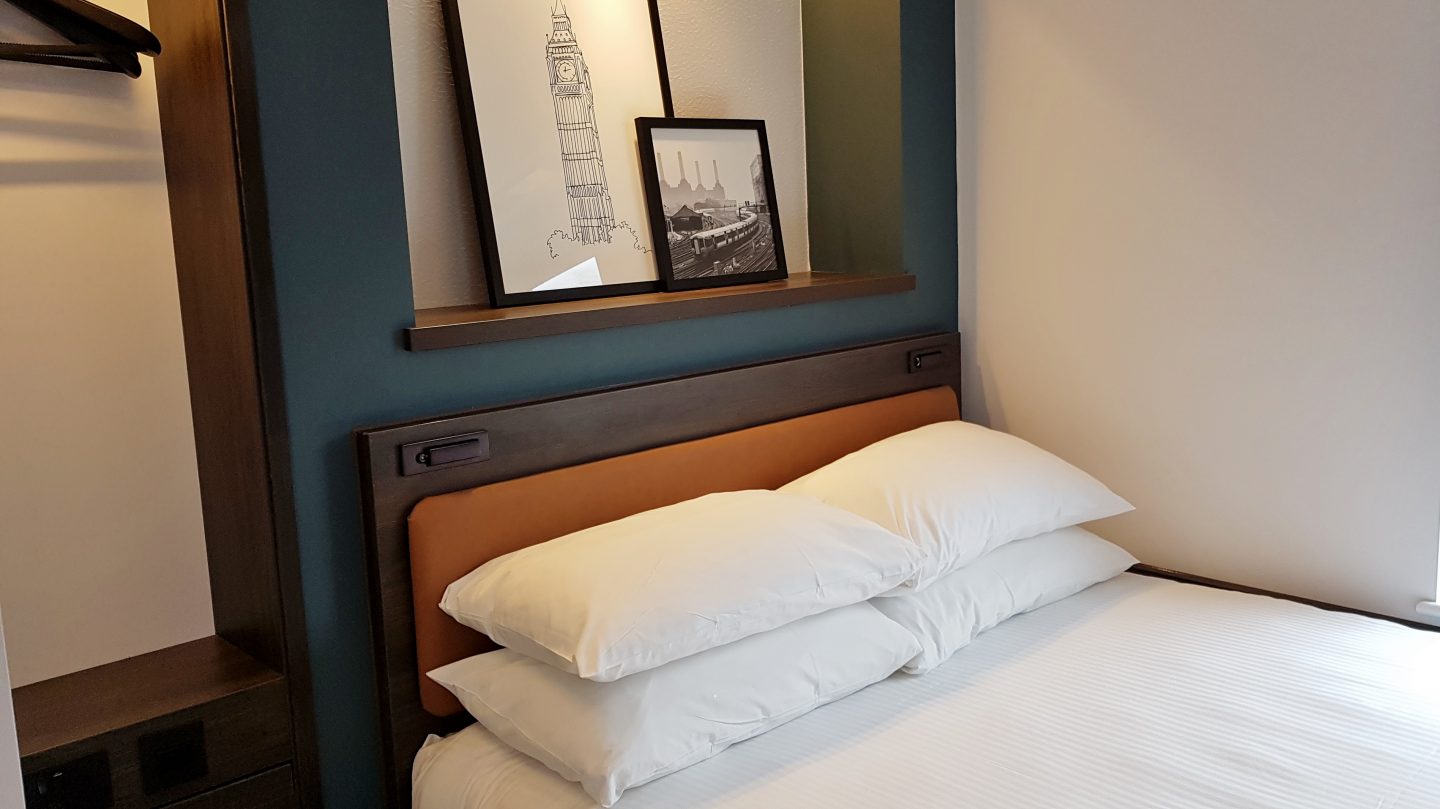 After we had dropped our stuff off we got the bus to Shoreditch as we wanted to try the steak restaurant Flat Iron; read my full review here! After our meal it was still absolutely heaving it down with rain so we went to seek shelter in Hummingbird Bakery which was a short walk away in Spitalfields. I always like to get a cupcake when I’m visiting London and Hummingbird do so many different flavours and have such colourful cake counter displays! I chose the red velvet cupcake and a hot chocolate and we sat there for a little while trying to avoid the rain until it was closing time. We had some time to kill before the gig that evening when we realised that You Me At Six (one of our favourite bands!) was doing an album signing just around the corner on Brick Lane! We thought we’d go and check it out to see if we could catch a glimpse of them as we were expecting it to be really busy, but when we arrived there was no crowd of fans. I think the rain must have put people off coming as you’d usually have to queue up outside.

So we walked straight into the record store they were in and joined the relatively short queue to meet them! I was so excited but also nervous for some reason, but they were really sweet and friendly. They signed my album for me that I bought and let us have our photo taken with them.. I’m so glad we got to meet them just by chance! Anyway.. then we got the tube to Kentish Town to get to The Story So Far gig but I won’t bore you with that, but it was amazing except I suddenly got struck down with a cold whilst we were there! We had a wonderful sleep at The East London Hotel and the bed was sooo comfy! Although our room overlooked the main road outside we didn’t hear any traffic, and the blackout blind worked so efficiently that when we woke up at 9am we thought it was still night time! As I wasn’t feeling too good when I woke up we decided to head home early, but not without trying the hotel breakfast!

We went downstairs to find out how it worked and we were offered a table in the restaurant and then were talked through the breakfast menu. You could pick from one ‘large bite’, and then some ‘small nibbles’ as well. I went for the salmon and cream cheese bagel along with a fresh fruit salad, an orange juice, and a hot chocolate. Gavin opted for the toasted sourdough with bacon, a freshly baked chocolate muffin (the best muffin I have ever tasted!) and a cappuccino. 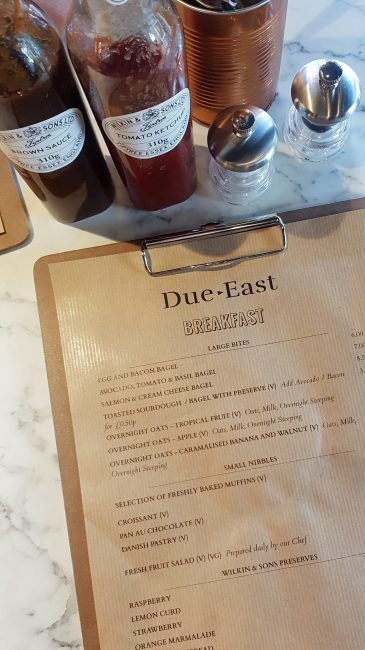 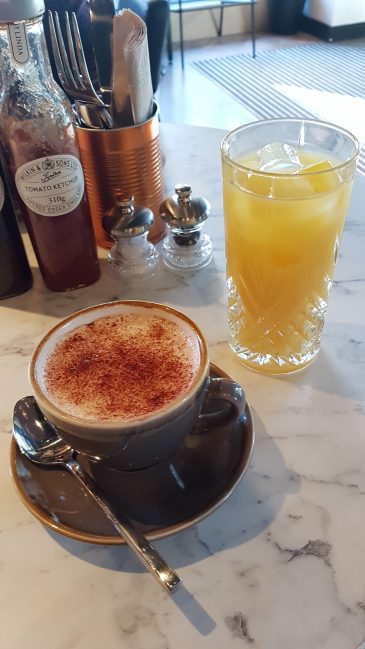 Although we’d probably usually choose a big greasy fry up for breakfast, I actually far preferred having a smaller but fresh and tasty breakfast. It was the perfect start to the day! I will definitely consider staying at The East London Hotel again on our next visit, and prices start from only £75 per night.

END_OF_DOCUMENT_TOKEN_TO_BE_REPLACED

I've uploaded a garden tour video on my Instagram