I won a competition last week which was a little bit short notice but seemed like fun! The prize was a ‘girls day out’ in London with up to 9 friends including transport. However, as it was very short notice when I was told I won the prize, everyone I knew already had plans or were working so couldn’t come with me! But luckily for me Terri said she’d like to come along and also bought a friend with her! So just the three of us set off to London early on a Saturday morning. The prize included all the train fares, tube tickets, a bit of spending money, and then the actual ‘day out’.

This is the bit we weren’t too sure about haha because the prize day out was actually for the release of a new Miley Cyrus film So Undercover. I hate the girl but I entered because who doesn’t want a day out in London?! So the plan for the day included first going to a beauty salon in Soho, getting four beauty treatments done each, and then going to a very private screening of the new Miley film at a super fancy hotel: the Soho Firmdale. Unfortunately I didn’t actually take any photos there but here are some credited ones.

The beauty salon was Cucumba which is an ‘urban pitstop’ where beauty treatments are listed on how long each treatment takes. The prize included a Glam & Go package for each of us which was any three 10 minute treatments each plus any 1 waxing, tanning, make-up, manicure or pedicure treat. The total cost of this would have been £65 each. However, we only opted for a couple of treatments each. Terri got a deluxe treatment manicure with deep moisturising hot mitts, her friend Jenny got lash extensions and a full face of make up, and I got lash extensions and a manicure.

Their manicures were done using all Essie nail products and I think I chose Ruby Slippers which is an amazing red glitter nail polish and I now want to buy it! The lash extensions I had were false individual cluster ones meant to last over a week. I was a bit scared about having them done as I hate people fiddling with my eyes and I spazzed out when I was having my contact lenses fitted (still can’t use them!). However the girl that did them for me was really calm and gentle and I could hardly feel anything. A couple of the clusters came off the same evening, but I’ve still got most of them on a week later and I have fallen in love with them! I’m going to feel so sad and naked when they all fall off in a couple of days 🙁 I might have to get them done again soon! Here’s some photos of me with my lashes on the day after.. aren’t they cool?! 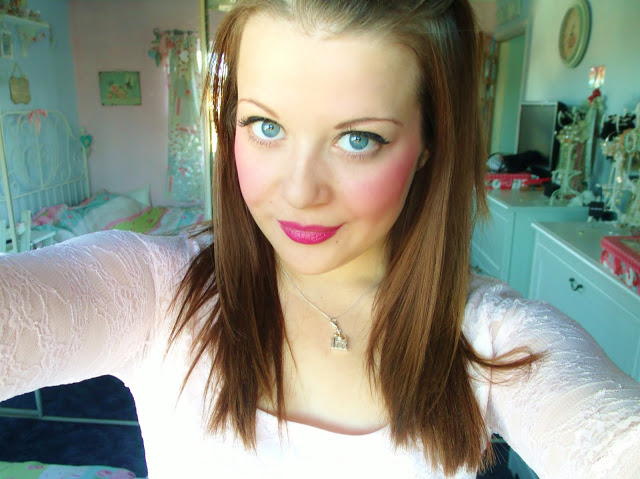 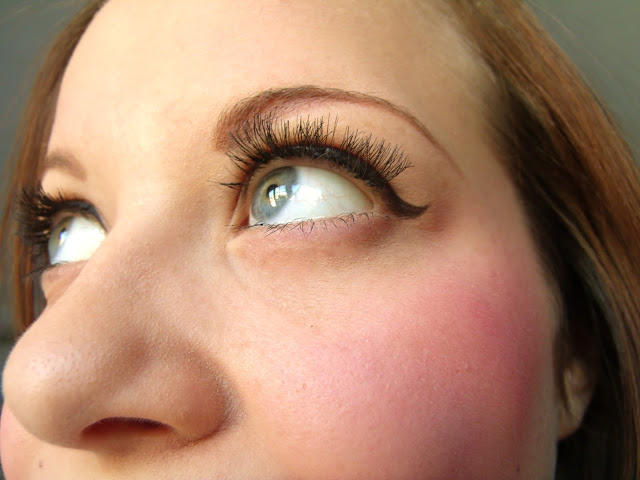 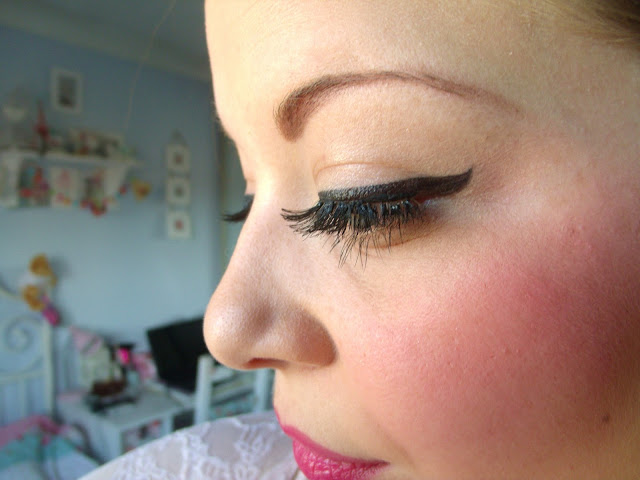 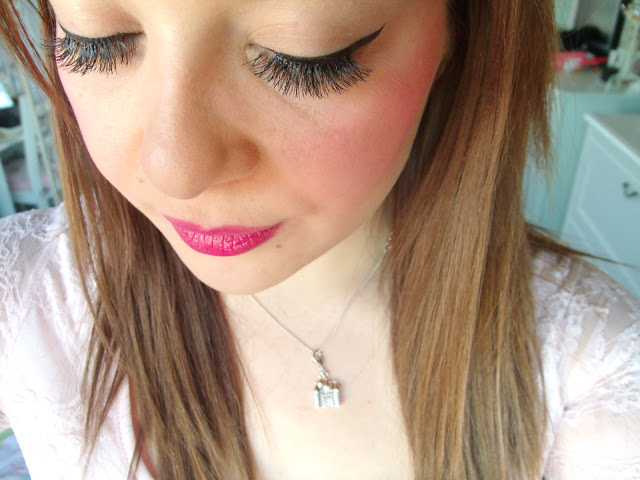 After we were all made up and pampered we were walked over to the Soho Hotel which was pretty stunning. We only walked through the ground floor but it was really impressive and unique. The lobby had a 10ft bronze cat statue and the drawing room and library were furnished in an individual style with fireplaces. We were led to a private screening room where we were to watch So Undercover. The room was really amazing, with 45 big comfy leather sofa chairs for just the 3 of us!
After that we got the tube to Camden and walked around the amazing markets and shops. I can’t believe I’d not been before, it was really interesting. We bought a horrendous Chinese meal from a street seller for £3 which none of us could actually eat, it was grim. But I bought a nice carrot cupcake to make up for it instead 🙂 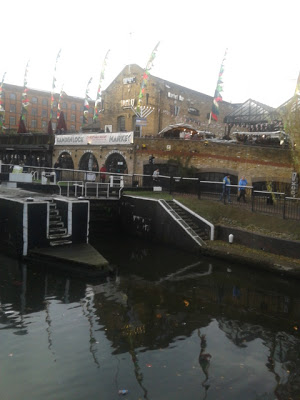 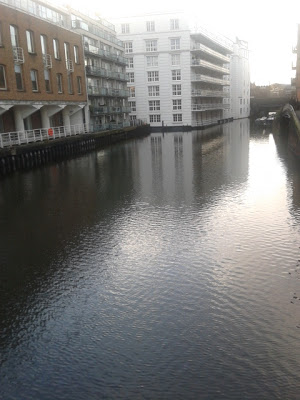 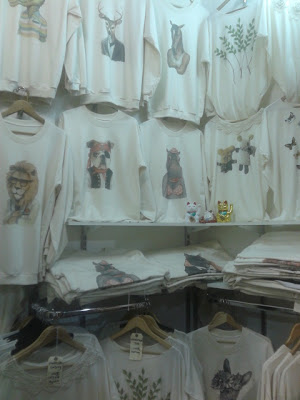 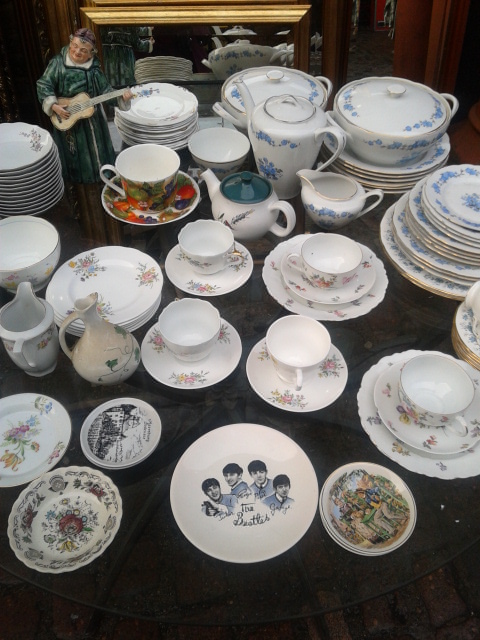 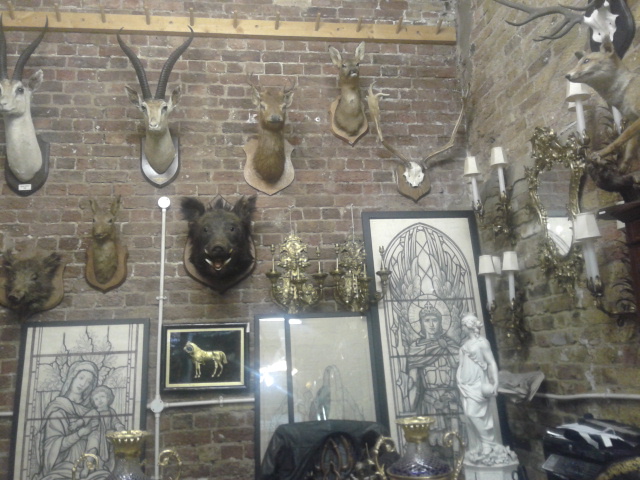 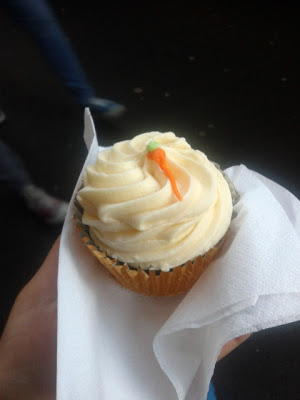 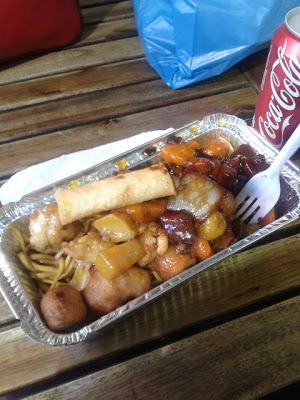 I think overall we had a fun day out! I’d have hated to have wasted a competition win so I’m glad Terri and her friend Jenny came with me!