The weather at the weekend was so beautiful! This week seems to be a little glum, but at least winter isn’t here just yet. On Sunday I treated myself and my parents to a little afternoon out to Wing, near Leighton Buzzard. We went to The Queen’s Head, courtesy of www.groupon.co.uk/vouchers/restaurant/british/afternoon-tea, for an afternoon tea.

The Queen’s Head is a 16th Century pub set in the picturesque Buckinghamshire village of Wing. They do a wide range of British pub meals, as well as an a la carte menu, and afternoon tea. The afternoon tea consists of a selection of finger sandwiches and homemade cakes, homemade scones with clotted cream & strawberry jam, and a tot of tea. We sat in the dining room and we were brought a cake stand full of yummyness! The sandwiches were: ham and mustard, cream cheese, cucumber, and egg. The homemade scones were very nice, and the cakes were so delicious! The selection was very good, including mini chocolate eclairs, lemon cake, chocolate mousse cake, mini meringues, and shortbread biscuits. We managed to share this between 3 of us! The customer service was also very good, and we had a lovely afternoon.

Groupon created a deal in August, offering the afternoon tea for two for only £9 rather than £19.90. So I took advantage of this offer using a voucher that Groupon provided me with. I’ve used Groupon for other deals too, including cupcakes and spray tans! They offer limited time only deals on many different local and national companies, with massive discounts. 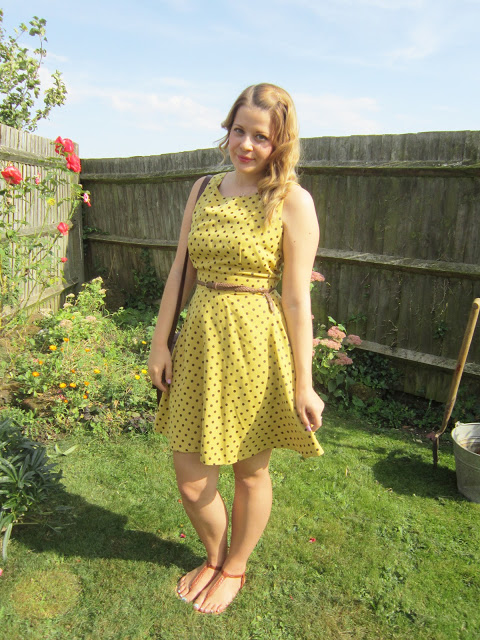 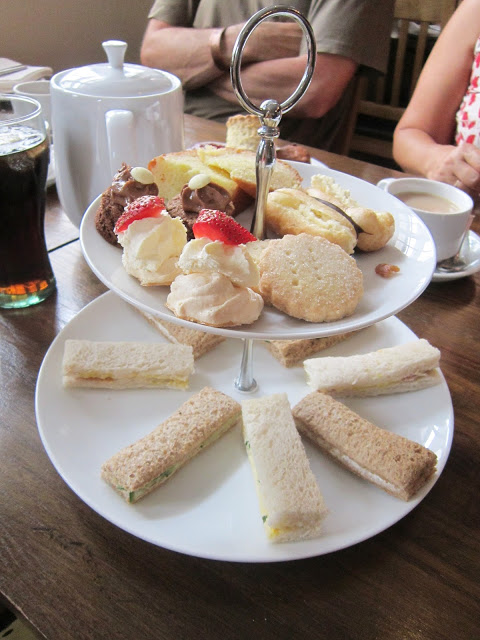 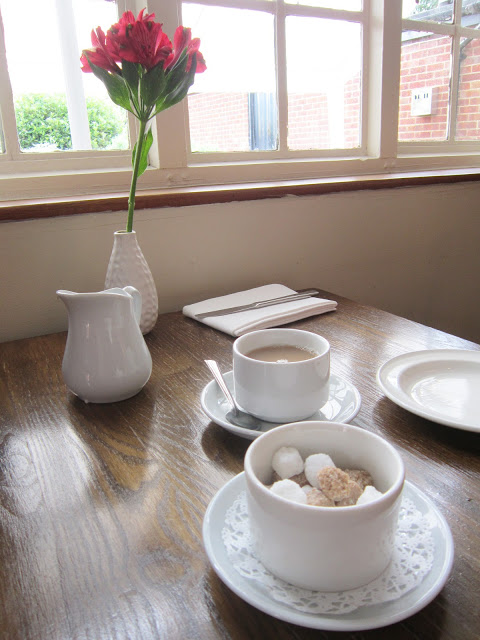 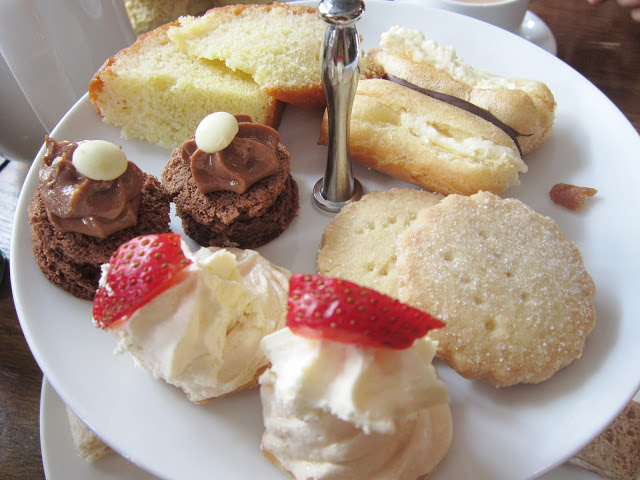 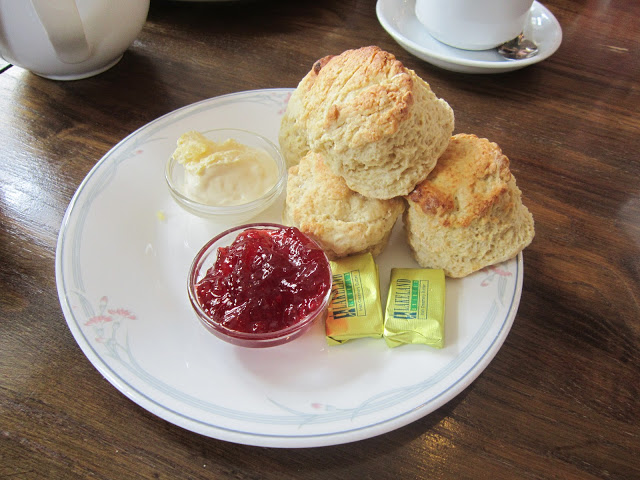 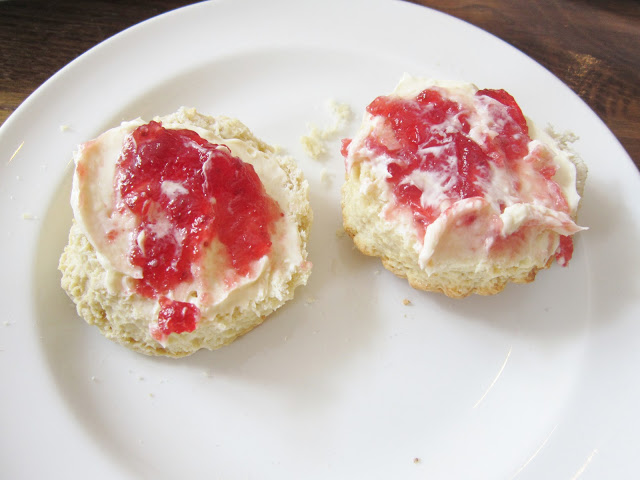 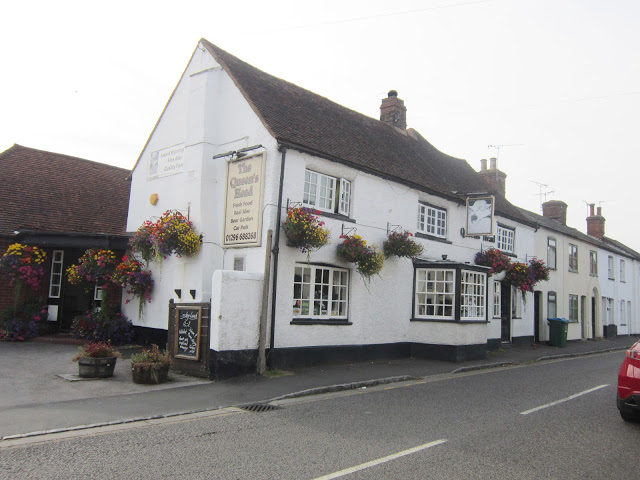 This was my outfit of the day. I previously mentioned this gorgeous dress by Louche from Kiki’s Boutique back in February. I thought I would get some use out of such a pretty dress so decided to wear it with a tan belt and sandals for a more casual look. I love the bright yellow colour and polka dots! 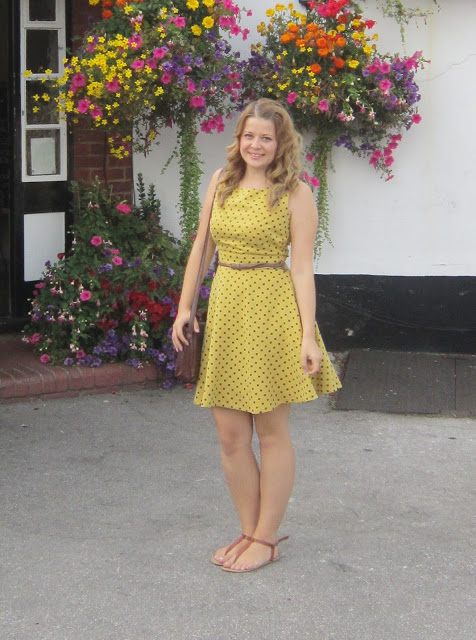 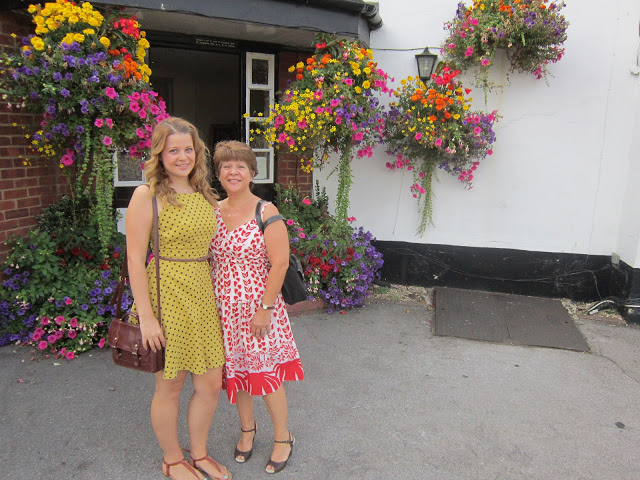