For the whole weekend after my birthday my lovely boyfriend Liam booked us an amazing weekend away in London! I was so excited for a nice trip away, and we had a great time and kept ourselves completely busy. After we’d finished work on the Friday we got the train into London and made our way straight to the Lyceum Theatre in Covent Garden.

We had kindly been offered a pair of The Lion King tickets from Timbre, the live music and event app. We had amazing seats in the stalls, so we were really close to the live action. Despite working in Disney World Orlando for a summer season at university, I’ve never been a massive Disney fan. In fact, I’d never even watched The Lion King movie, so I was pretty excited to see the live performance at the theatre. But gosh I wish someone had prepared me for how sad it us! I sat crying through a lot of it, as I’m really terrible at handling anything to do with death. But overall the performance was amazing, with some really funny and equally touching parts. Liam loved it, and despite my tears I enjoyed our night at the theatre too. After this we were so hungry, so headed to Gourmet Burger Kitchen for some blue cheese goodness! 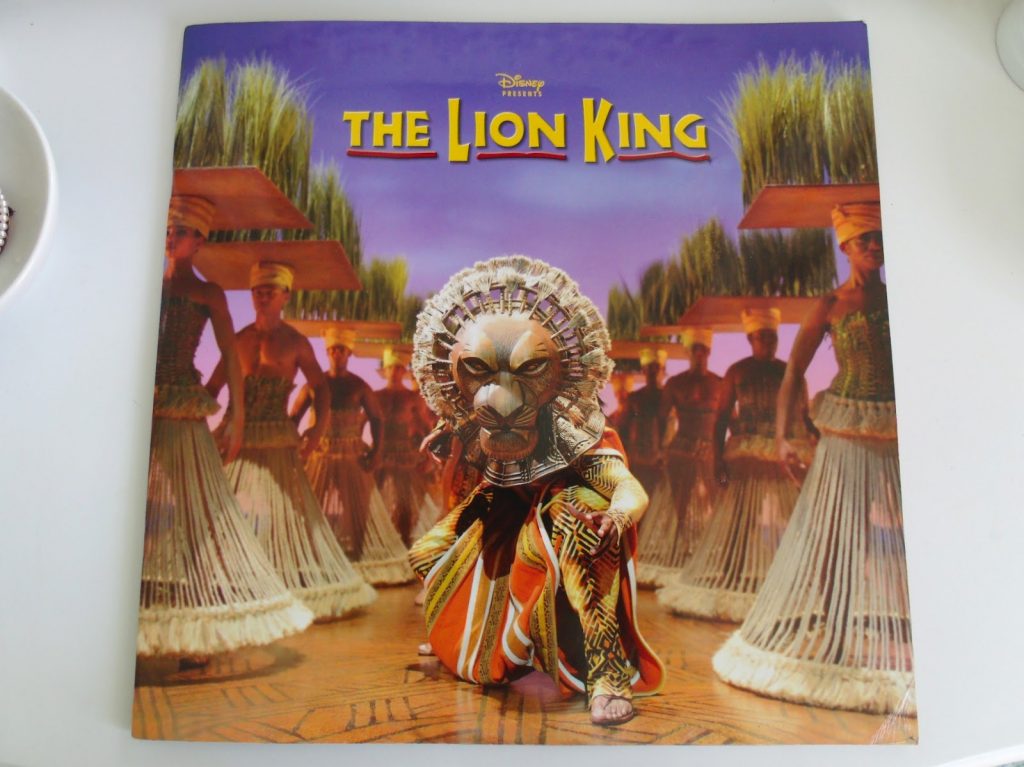 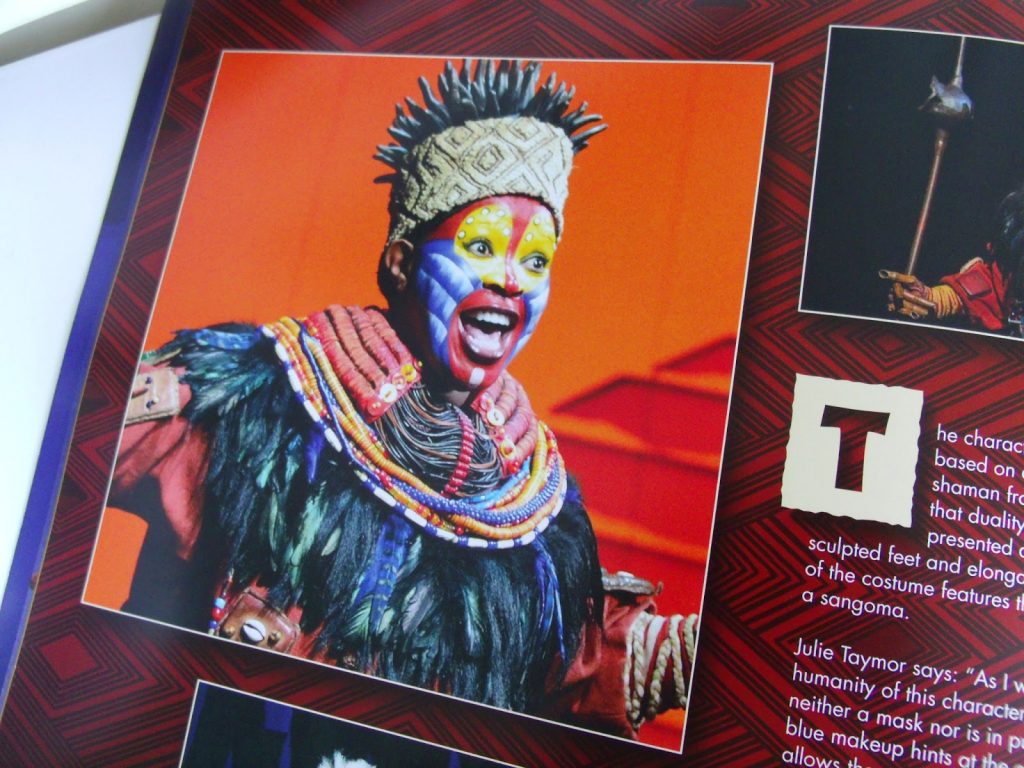 We then got the tube to Tower Hill (which is a bit of a hassle from central London) as we were staying at the very snazzy five star Grange Hotel at Tower Bridge. I think this was probably my first ever five star hotel experience, and although it was really lovely and clean, and modern, I’m not convinced it was deserving of five stars, as other four star hotels we’ve stayed in have been better. However, it is a great hotel, which is just a short walk from the tube station, and the rooms have everything you need. The bathroom was stunning, and the bed was huge, but there were no special extras that I might have expected from a five star place, it was a little bit corporate. The complimentary toiletries were fairly basic, as was the breakfast, but the staff were friendly enough and it was all very clean. But we did have a view of the Tower of London and Tower Bridge, which was nice. The health club facilities at the hotel were amazing though, and we used the pool one evening which was lovely to use, it had a great atmosphere and a gorgeous setting. 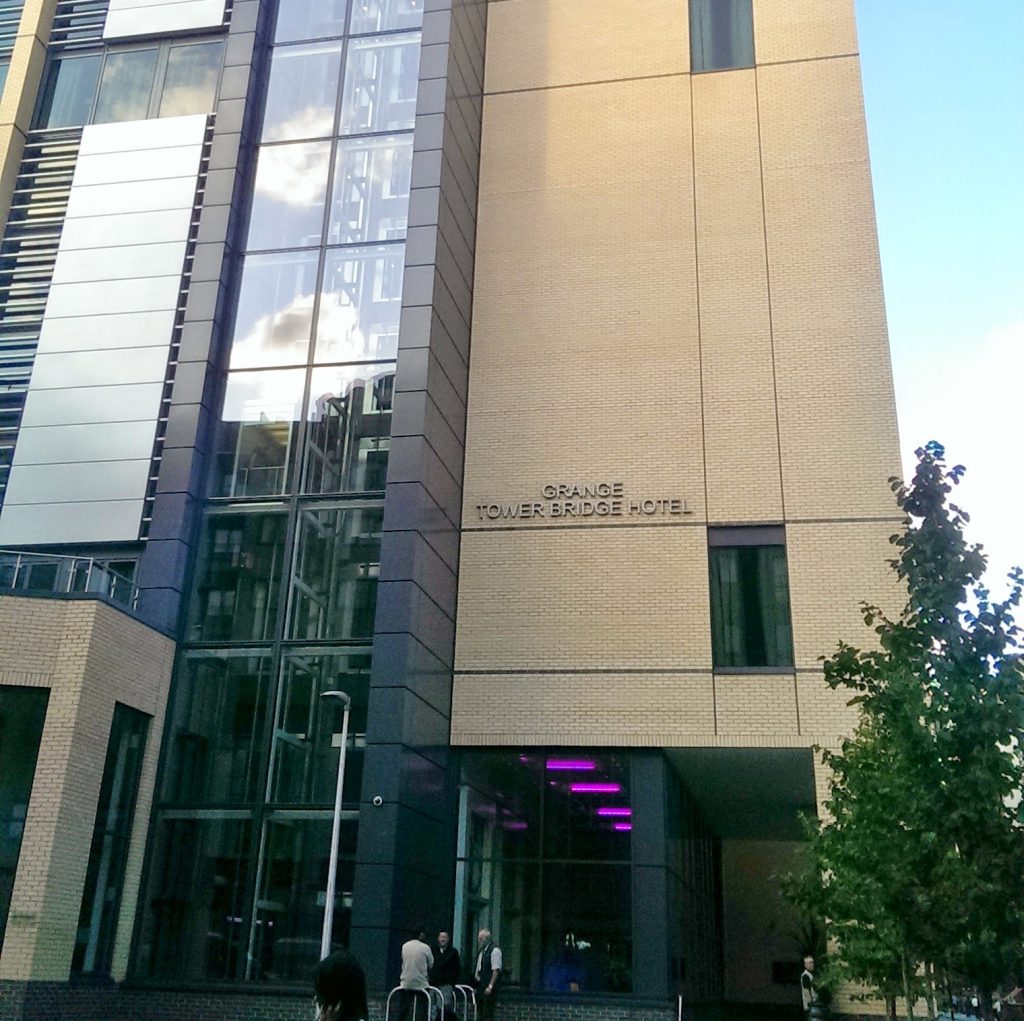 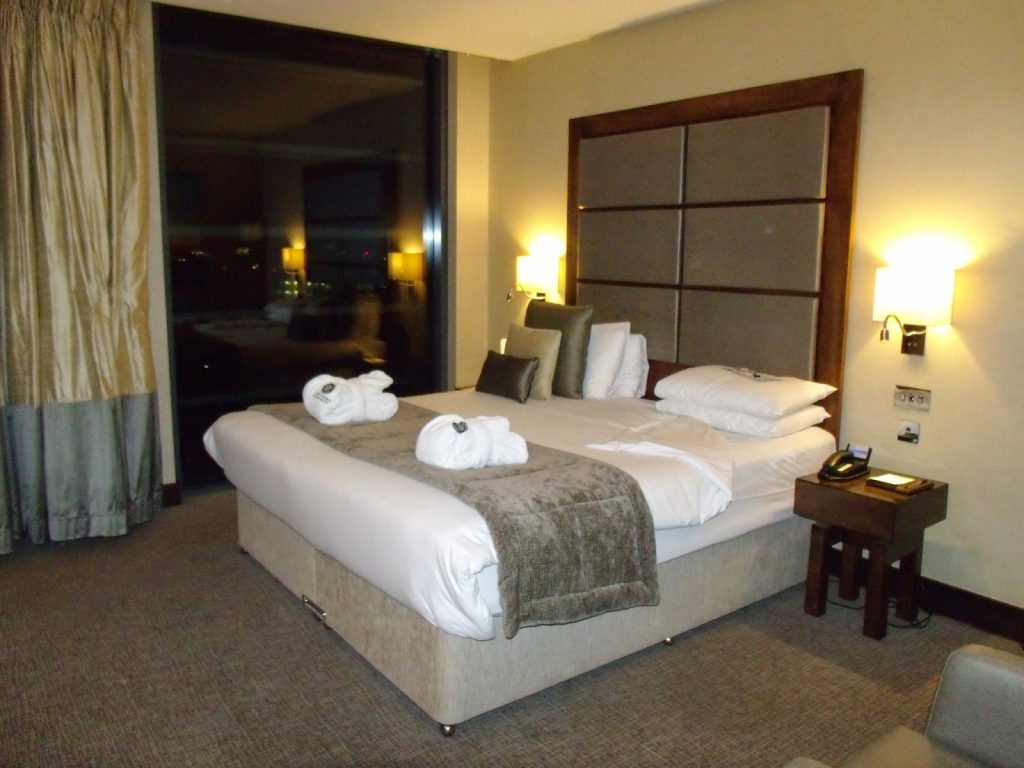 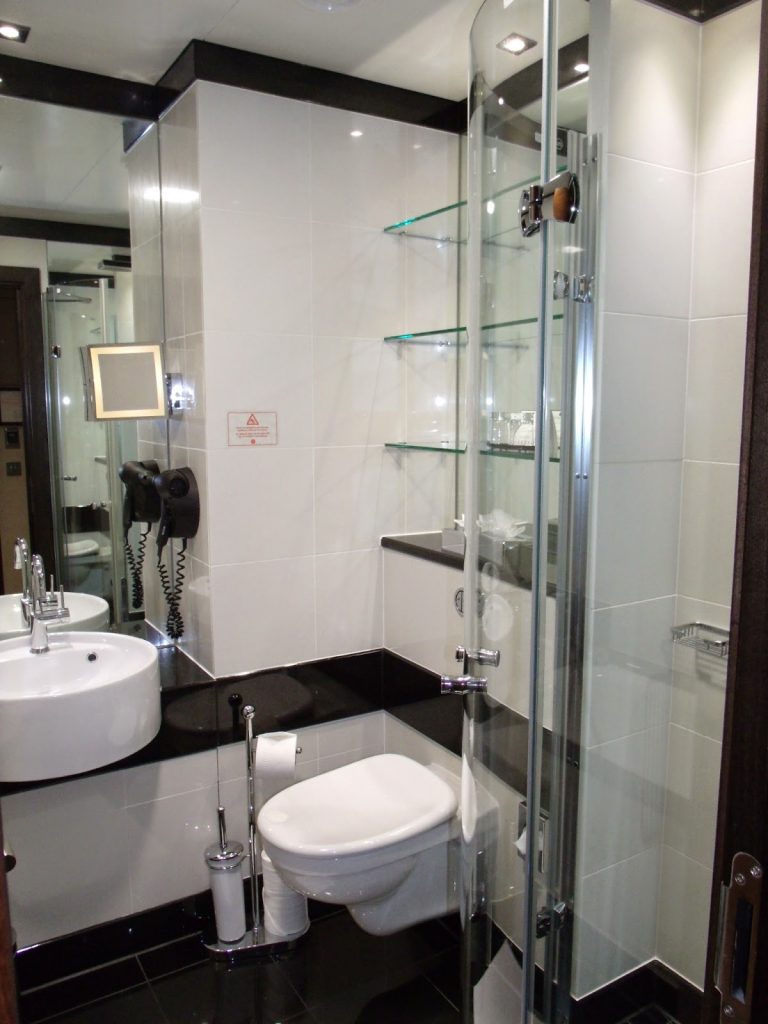 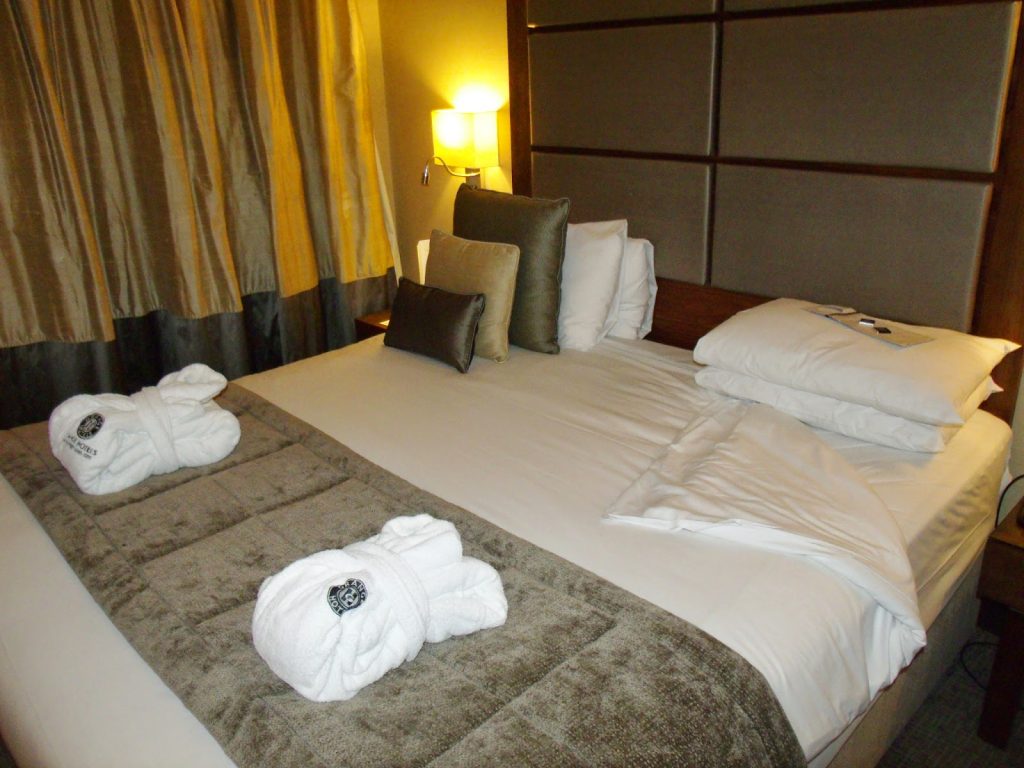 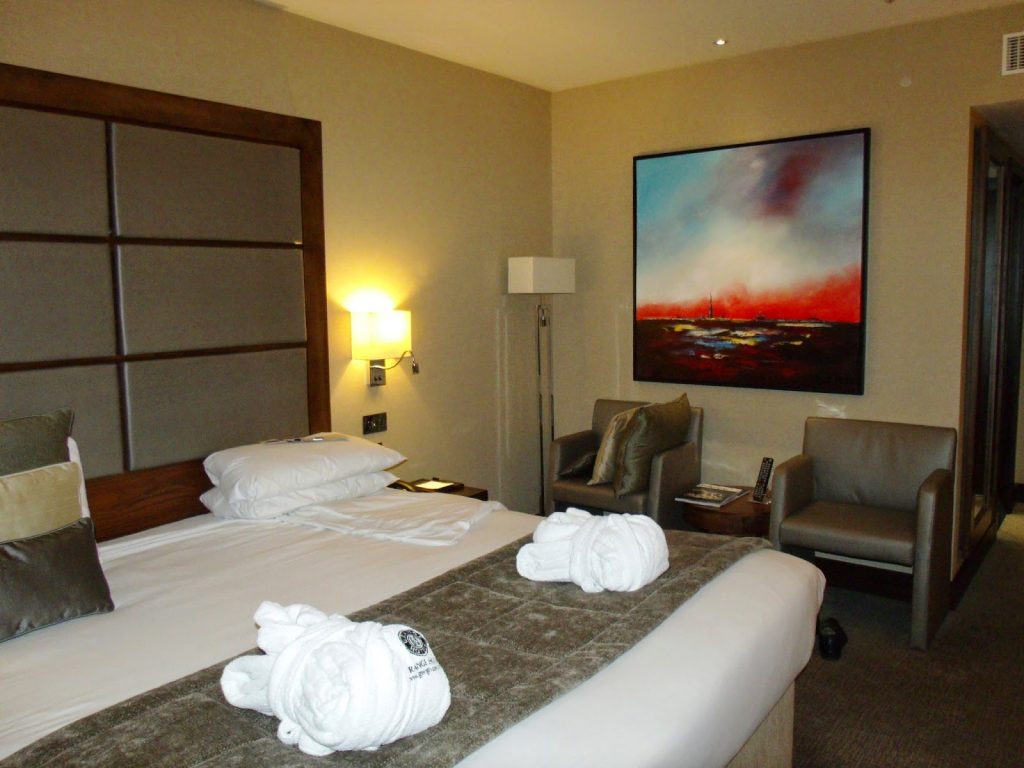 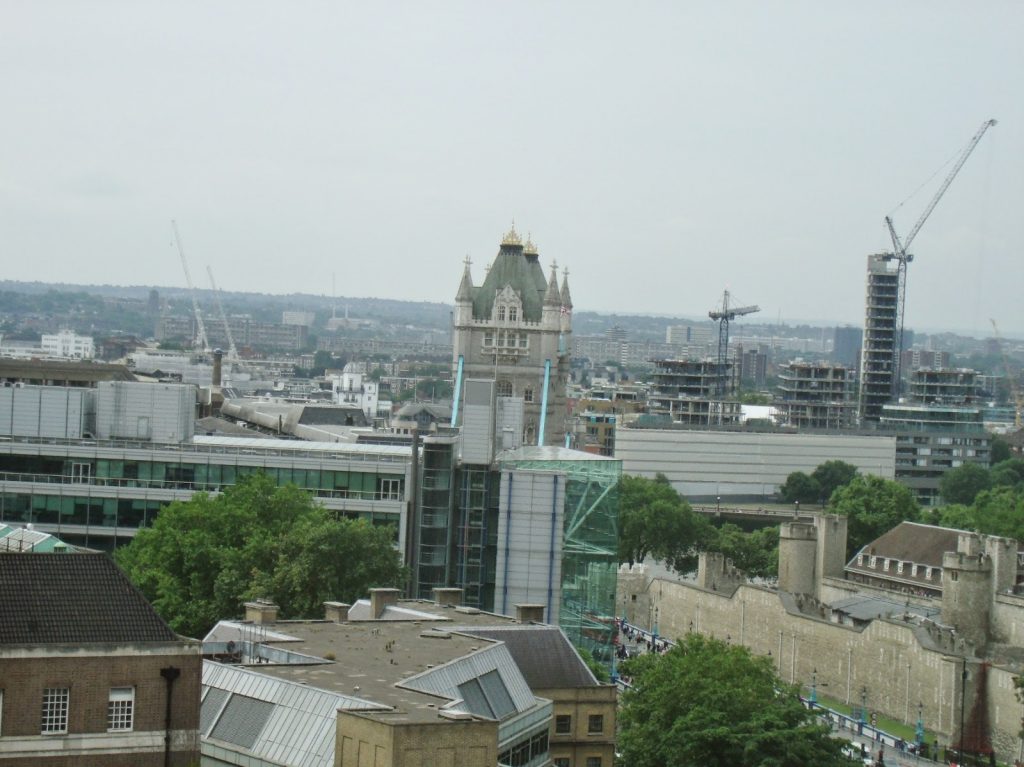 On the Saturday, we had quite a few plans which we squeezed into one day! We started off our day with a continental breakfast at the hotel, and then a trip to Borough Market where Liam treated me to a lovely rustic picnic full of goodies from the stalls. We had homemade bread with cheese tomatoes and olives, delicious dried meats, watermelon, freshly squeezed orange juice, and a chunk of creamy blue stilton cheese. We found a nice place nearby to sit and munch, and luckily the weather was perfect, despite the weatherman predicting rain all weekend. After this we made our way into Central London and we started off in Oxford Street for a spot of shopping in Forever 21 (where Liam let me pick out a few new dresses… top boyfriend!), Primark, and Selfridges. After this we realised the time and all of a sudden we had to rush off to Shoreditch for our next adventure. We visited Lady Dinah’s cat cafe, but I’ll share more on that in my next post! 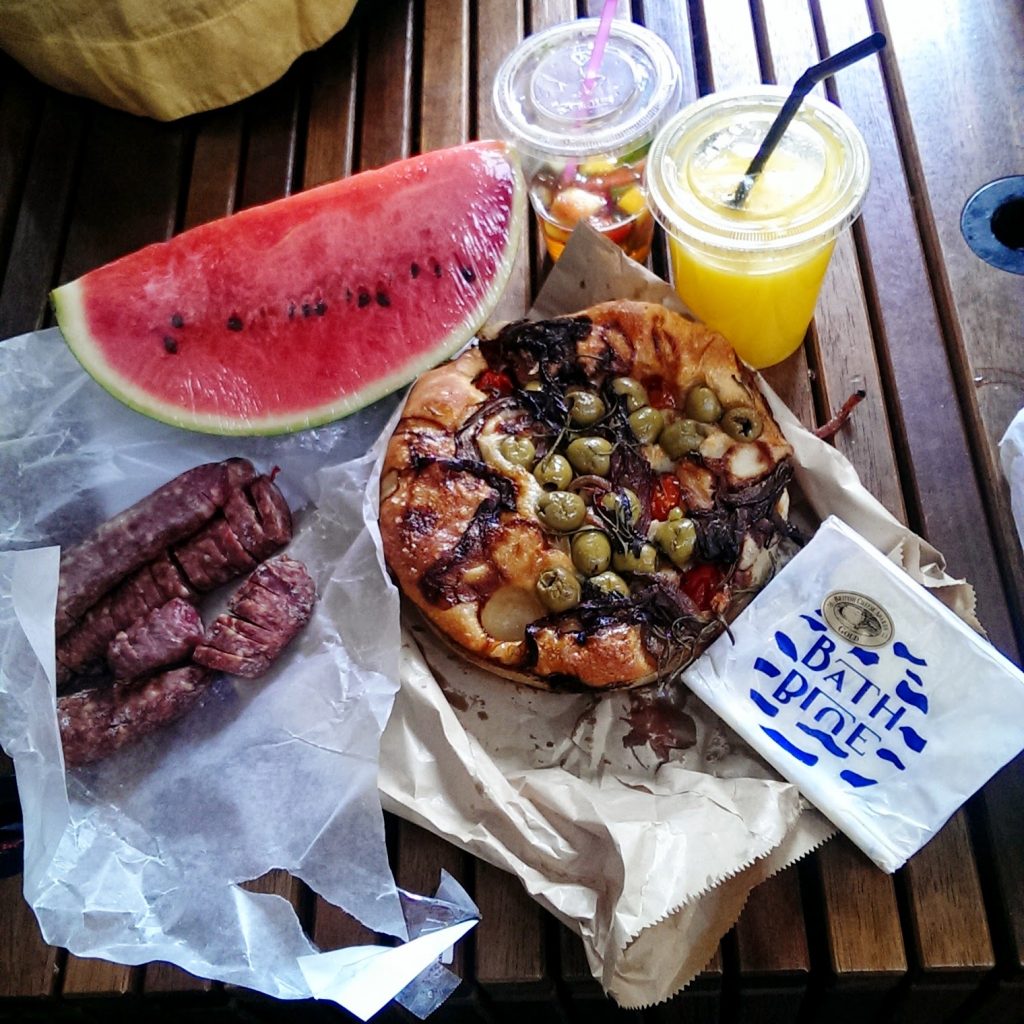 Who says there’s no such thing as a free lunch? The co-op were running a campaign called #Tweet4aTable recently, which happened to be in London the same day we were! All you had to do was tweet them to win a free meal at The Co-operative Food’s pop up restaurant! So after the cat cafe we strolled down to the pop up stand for our free feast. It was amazing! It was simple, but delicious food, and the campaign seemed to have gone down really well. We were greeted with a bowl of melted cheese nachos and old fashioned lemonade, and we then needed to pick what we wanted to eat from the menu. The choices included hot dogs, pulled pork pile ups, buffalo wings and halloumi burgers. I had the pulled pork and Liam had the halloumi, and both were amazing! We also had chilli cheese fries, which were soooo good! They will be in Liverpool, Manchester, and Newcastle in September so keep send them a tweet if you’re local!

After this we went for a swim, and although we were planning on going on for dinner, we were still so full up from our earlier meal we didn’t need to eat again! In the morning, instead of having breakfast at the hotel, we headed over to Leicester Square to a restaurant called Muriels Kitchen. I had won a brunch for two so we’d booked it to finish off the weekend. I picked a full English breakfast and Liam had eggs Benedict, along with fresh orange juices and scrummy desserts! After this we made our way home as Liam had to be back at work by 4pm. We had an amazing weekend though and we were so lucky with the weather.. I love London trips! Big thank you to Liam for such a fun weekend! 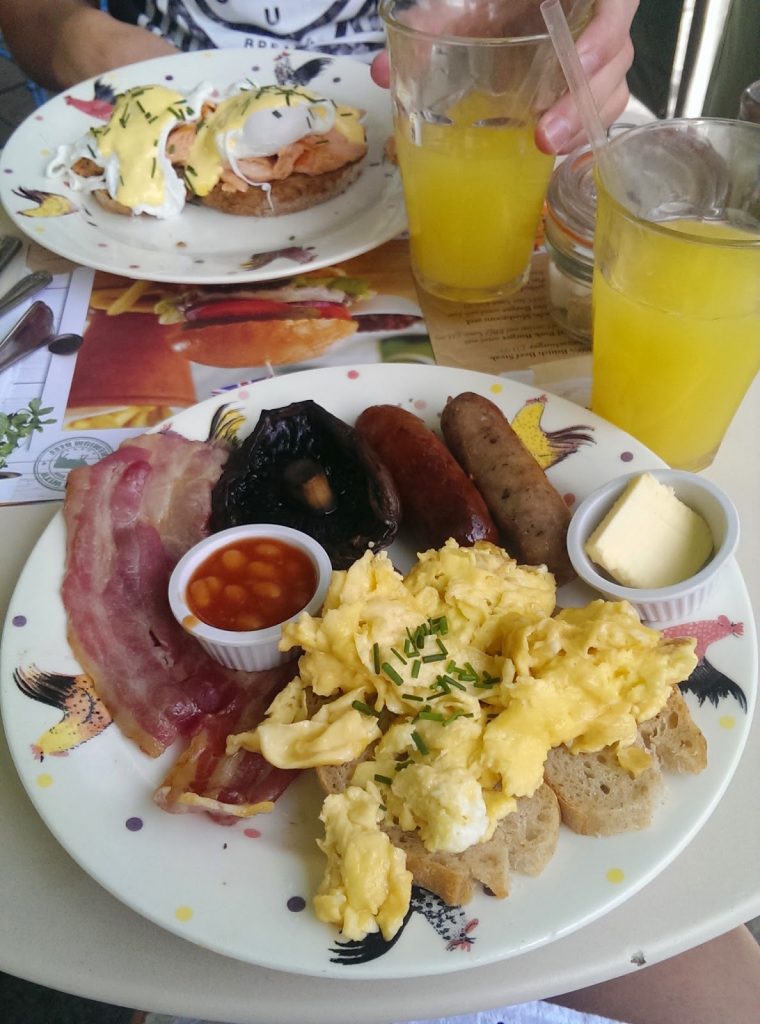 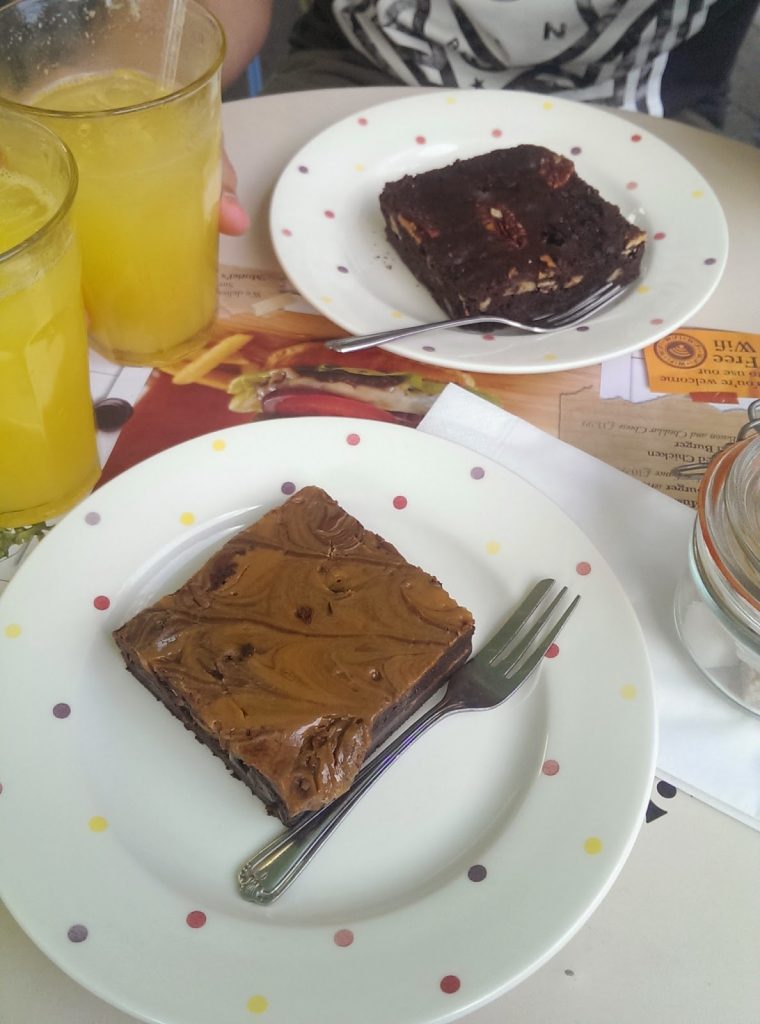 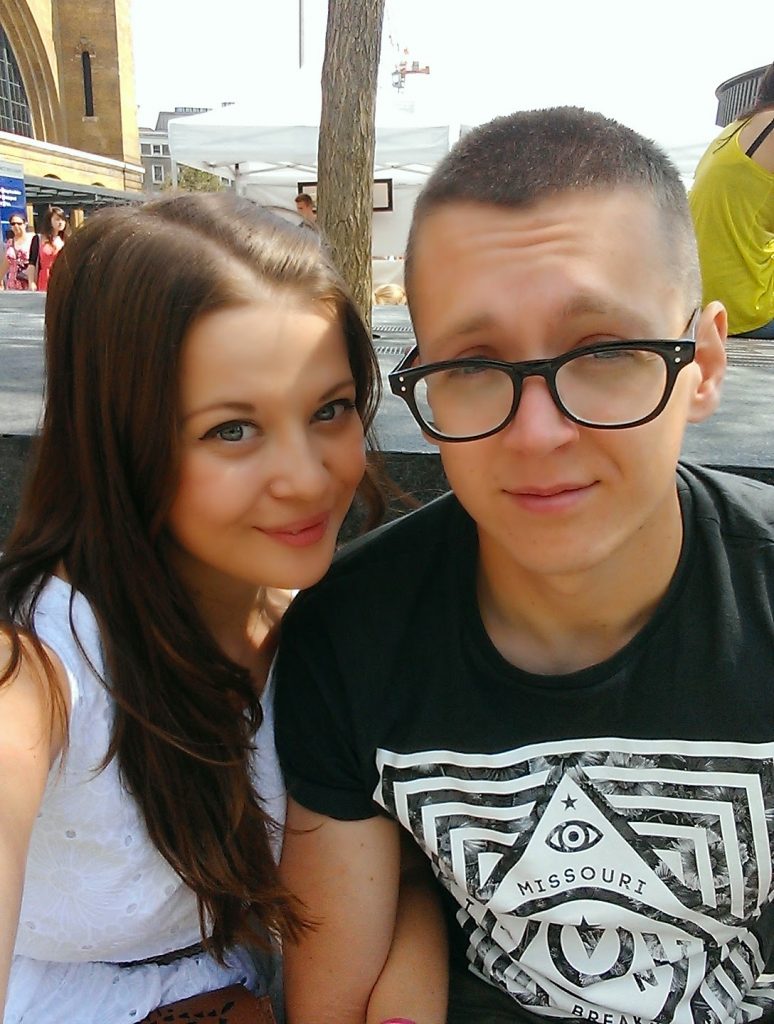