Back in May I won a competition on Facebook for afternoon tea for two at the Double Tree Hilton in Westminster, London. I took my friend Leonie with me and we booked a date in November so we could also go to visit the poppies at the Tower of London before it got removed. We went to Tower Hill first on the tube and it was so so busy, but we joined the crowds and eventually managed to peer over a wall and got a couple of photos of the beautiful red sea of poppies. After this we got the tube straight to Westminster and it was about a ten or fifteen minute walk to the hotel from there.
We called ahead to confirm the booking and to tell them we were on our way, which was lucky really because they said they didn’t have note of our booking! We had booked for 1pm, and they said they don’t do afternoon tea until 2pm, so I’m not sure what went on there. But either way they said it was fine so we went over anyway for 1pm, and oddly enough there were already a few couples already enjoying the same tea, so not sure what they were on about to be honest, but luckily it wasn’t an issue. 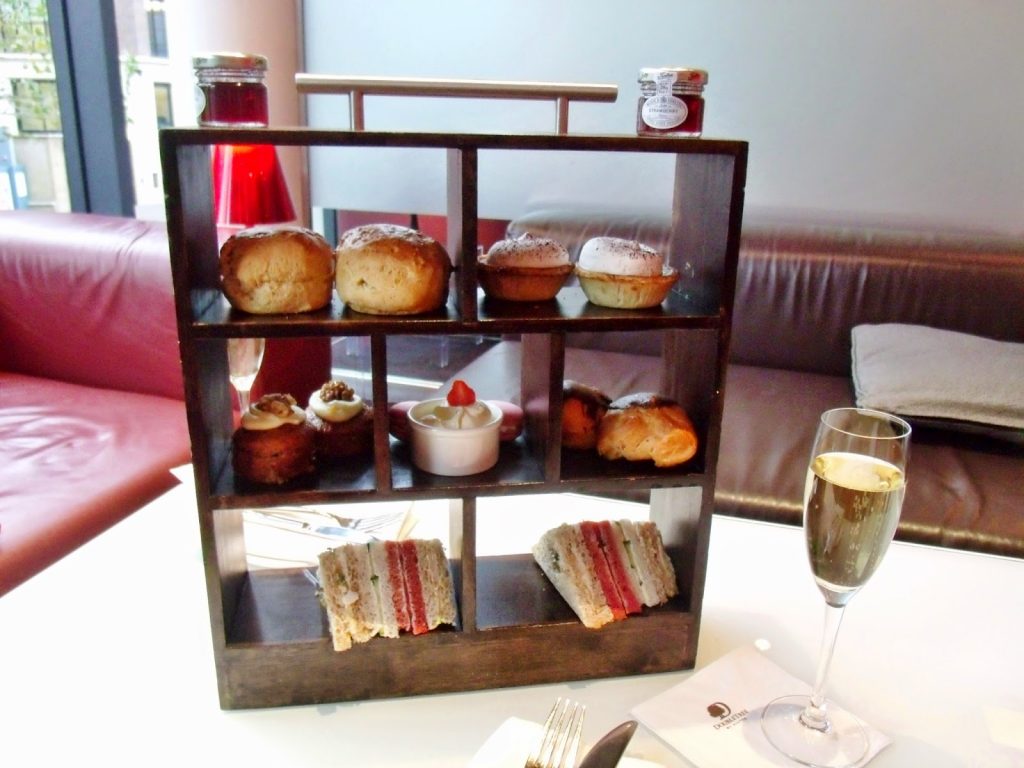 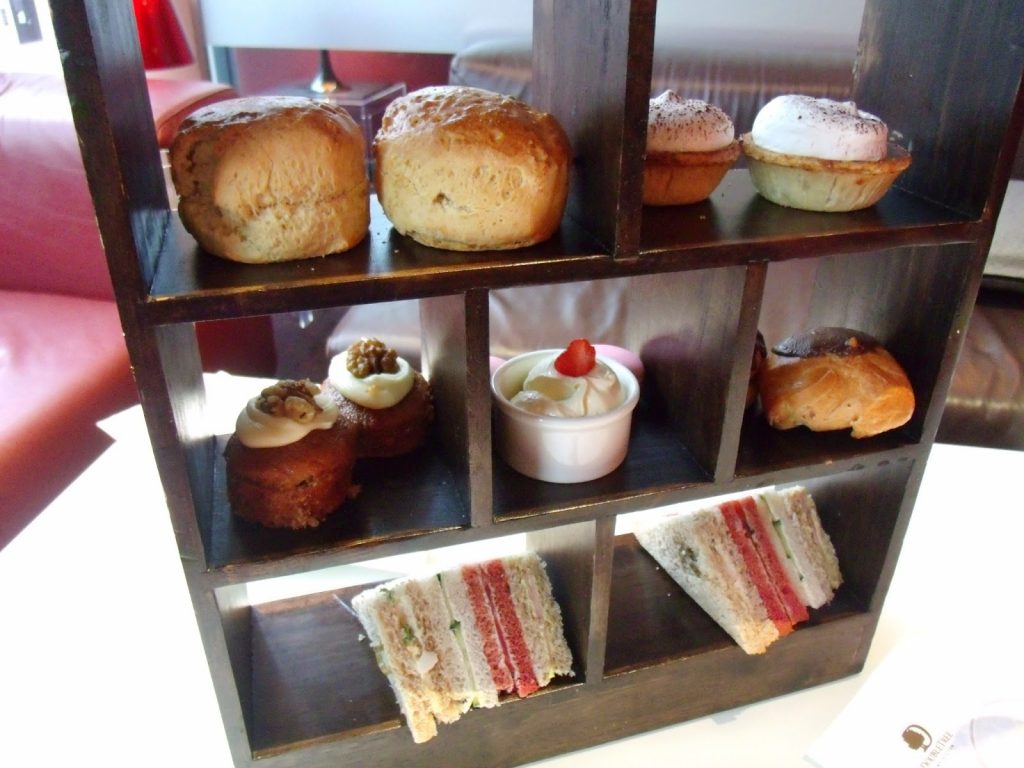 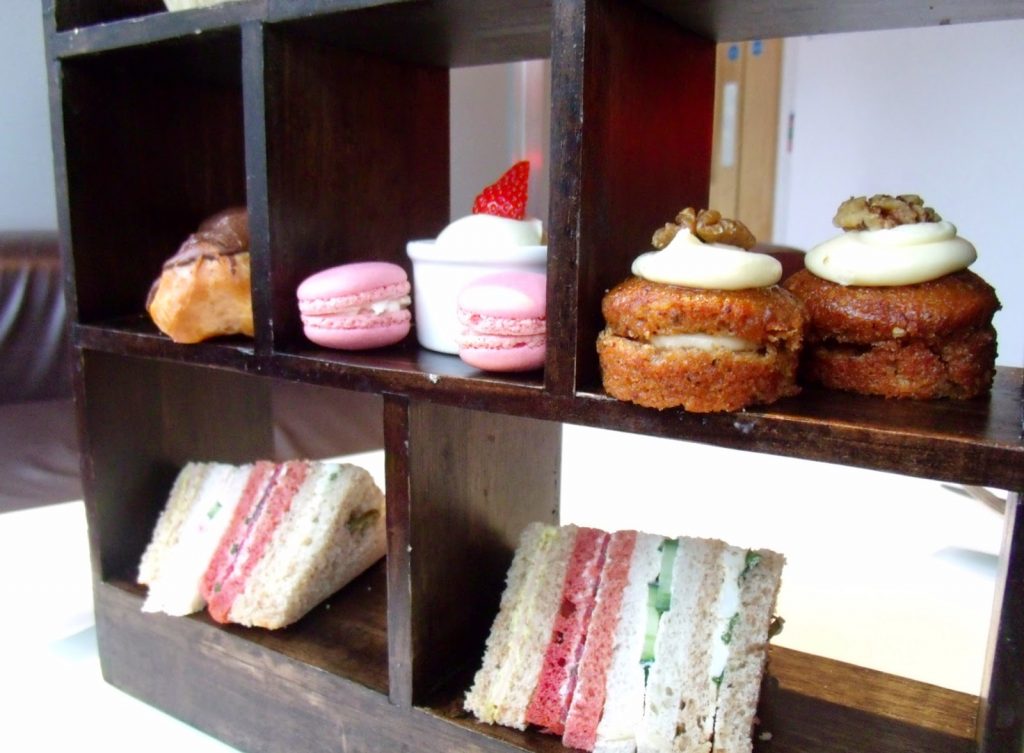 The afternoon tea was held in the Millbank Lounge on the first floor, which is very modern and has been decorated with right red shades, and we had a little booth to sit in by the window. We didn’t sit at a normal table and chairs, instead we had big comfy leather sofas and a coffee table. It was nice being by the window as all the red on the interior was a bit garish, and there wasn’t a great view from the window, but we could see Burberry HQ outside!
First off for our afternoon tea we were offered a glass of champagne each, and then we got to pick which hot drinks we’d like. I picked a lovely rich hot chocolate and Leonie had a pot of tea, which had about 3 or 4 cups worth in it. 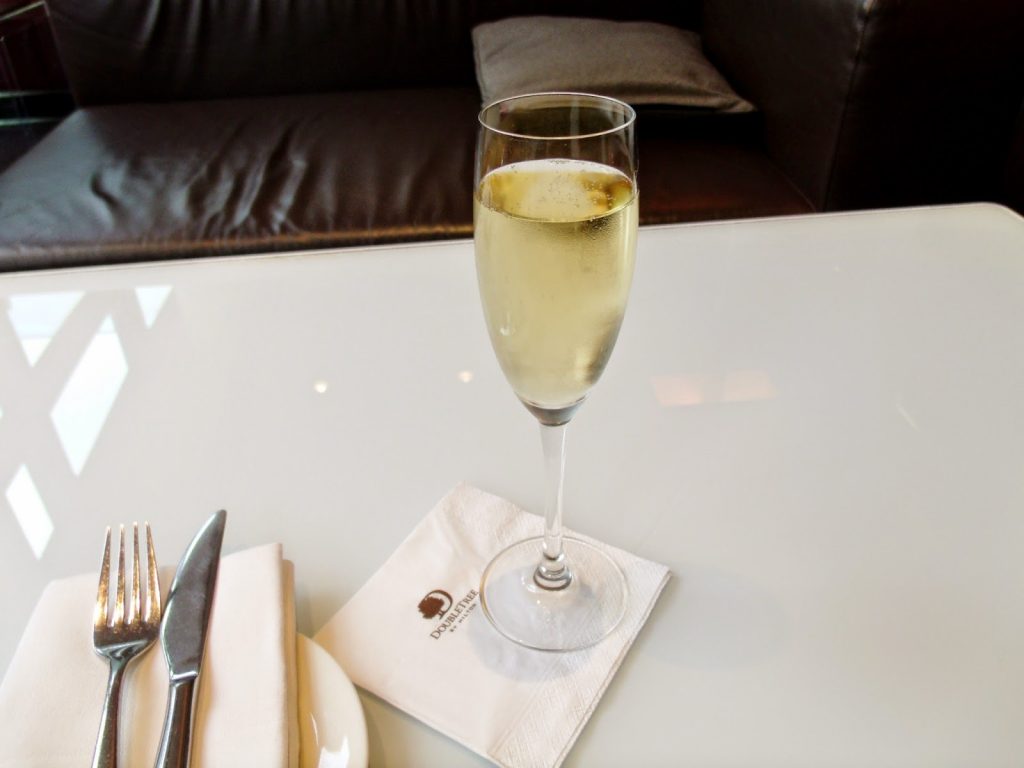 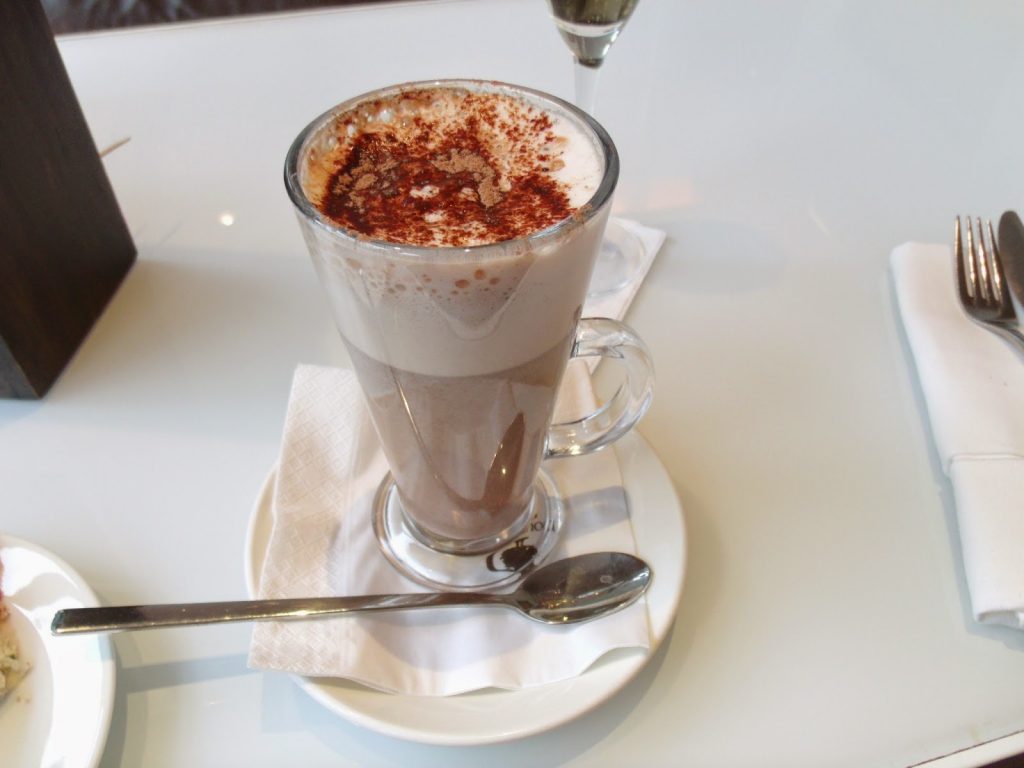 They then brought us out an amazing wooden stand which had the afternoon tea presented on it.. more unique than a china cake stand! We were treated to finger sandwiches, a scone each, and some mini cakes. The sandwiches included salmon (on snazzy pink bread), cream cheese and cucumber, egg mayonnaise, and ham and mustard. They were only little sandwiches, and we then only had one plain scone each (not fruit scones), but I topped mine with plenty of clotted cream and strawberry jam. Despite their mini sizes, they were really excellent quality and I loved the sandwiches (could definitely have eaten a second round!). 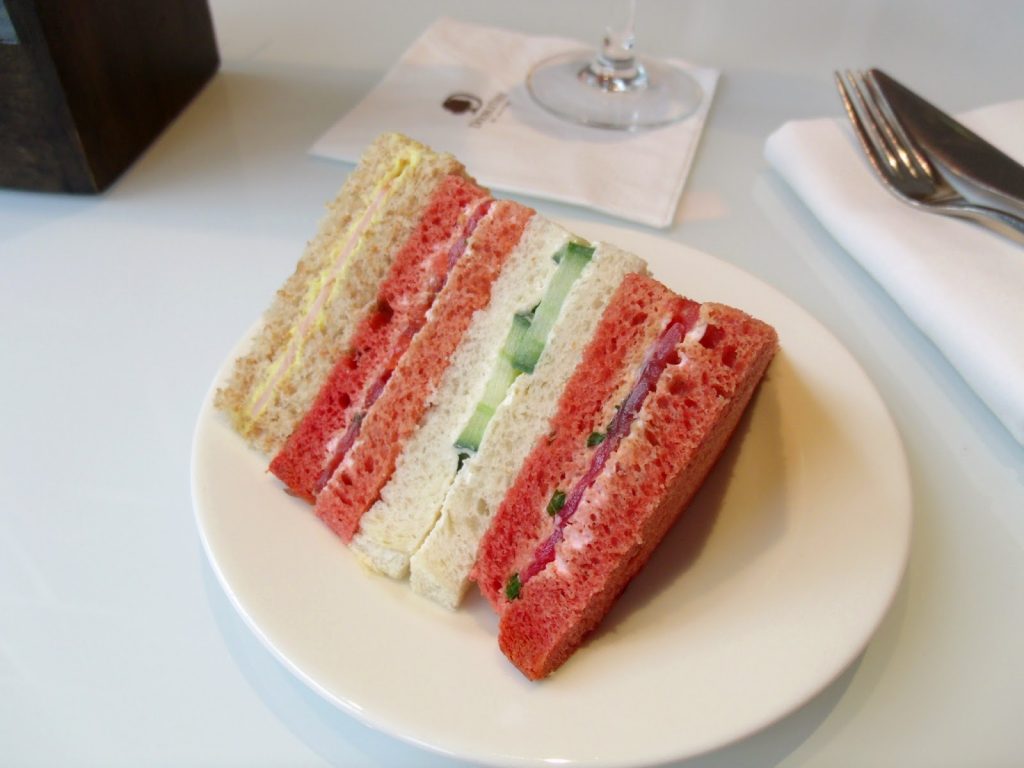 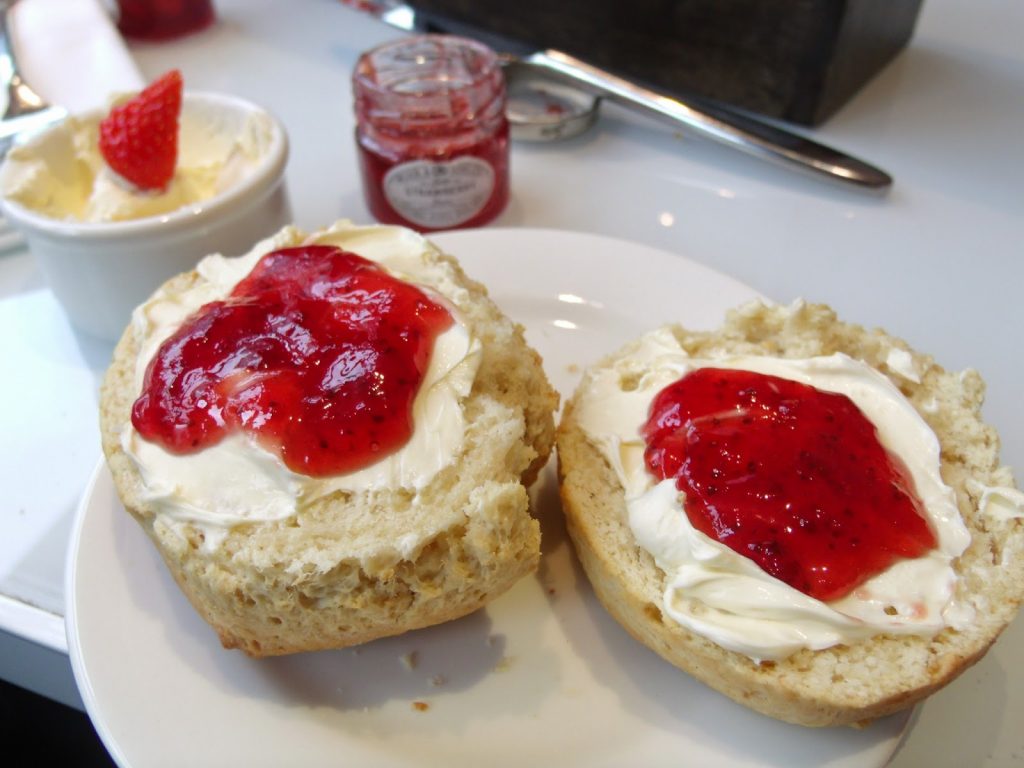 The little cakes were perfect to finish off the tea, and included a mini chocolate eclair, a cute little banoffee pie, a pink mararoon, and a mini walnut cake. To be honest I was quite full by this point as I ate half Leonie’s scone too, but I gave all of the desserts a little try too. The eclair wasn’t to my taste, despite normally loving them. The banoffee pie was pretty amazing, even though I don’t usually like it, it was really nicely made with a crusty pasty filled with toffee with banana inside and topped with fluffy cream.. yum! I never really understand why people like macaroons because I think they’re really bland tasting, but I know people love them! It was a fairly standard macaroon from what I could tell, but the walnut cake was just perfect. The sponge was really moist and had just the right amount of sweet buttercream inside and a beautiful flavour. 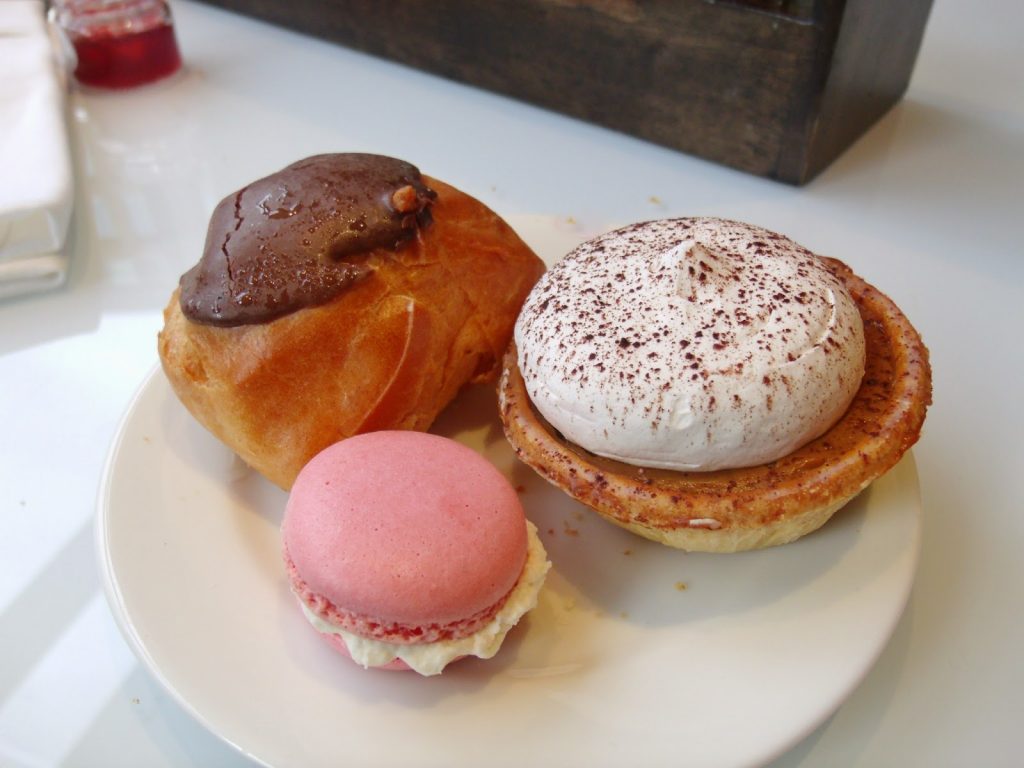 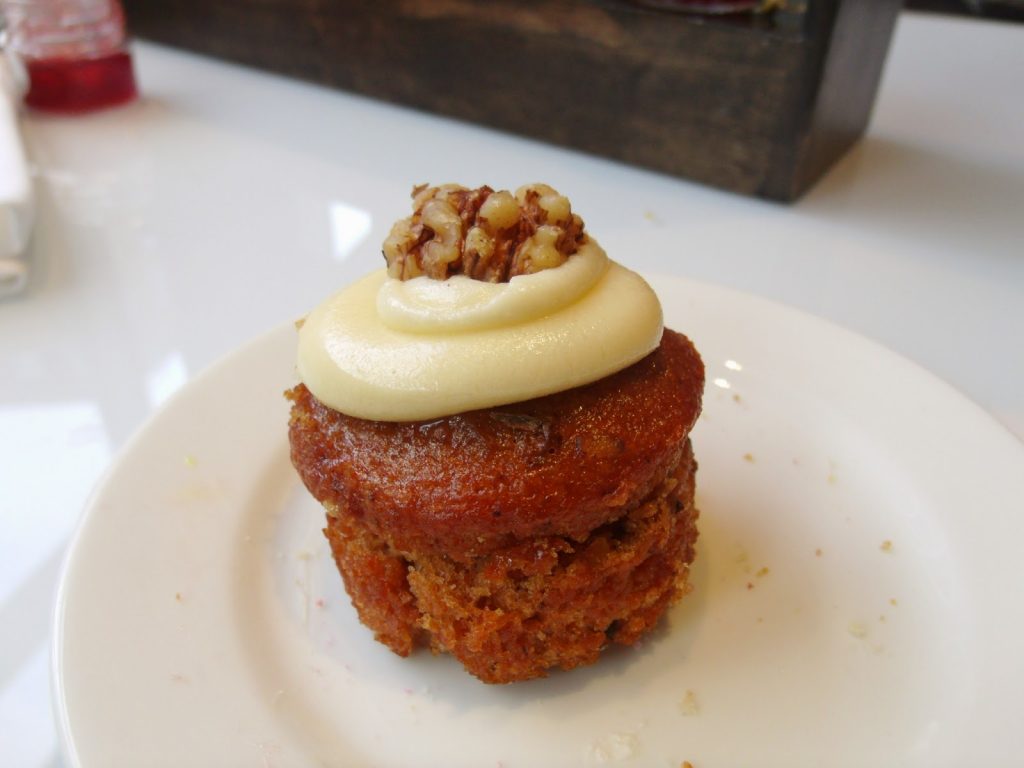 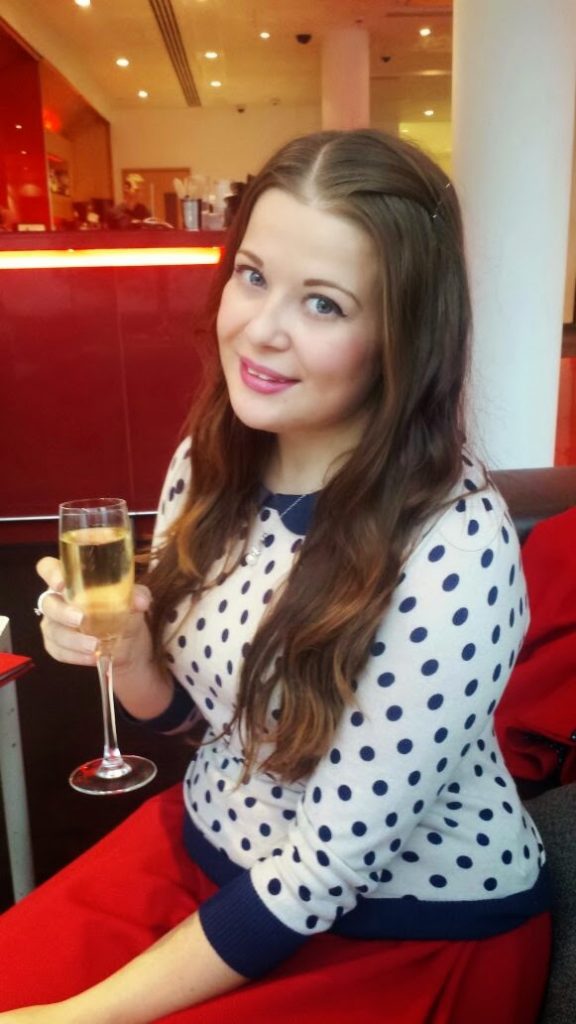 Overall we had a really lovely afternoon at the Hilton, and it was probably one of the best afternoon teas I’ve had. Definitely the best one I’ve had in London so far; I find them to be really disappointing usually in the capital, maybe they just try to appeal to tourists? The champagne afternoon tea normally costs £27.95 each so I’m really pleased to have won such a lovely prize! I’d definitely go back again, I wonder if all Hilton afternoon teas are the same? And here’s a couple of photos of the gorgeous poppies at the Tower of London, I feel so lucky to have been able to visit! 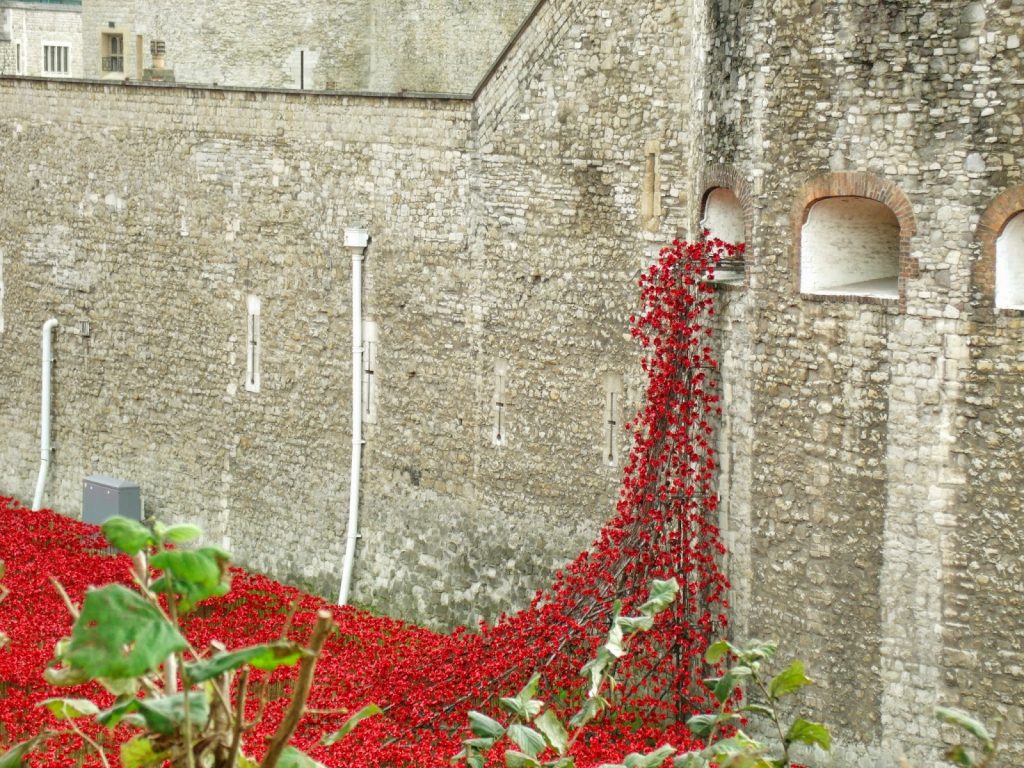 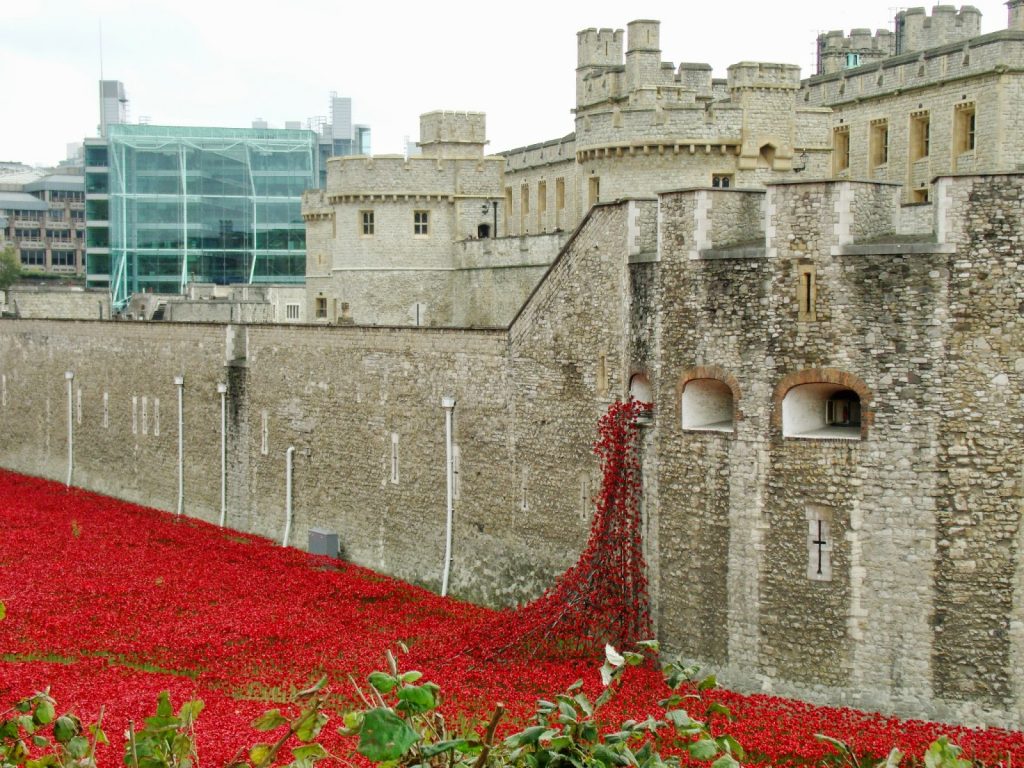